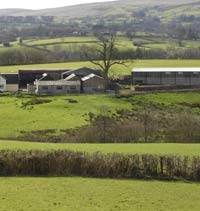 The Welsh Assembly has proposed tough measures to control genetically modified crops, including GM-free zones and a ban on GM crop growing in national parks.

Assembly officials set out the proposals at the launch of a consultation on protecting conventional and organic crops from contamination with GMs.

The measures also included the imposition of strict liability on GM crop growers.

While Elin Jones, the assembly’s rural affairs minister, admitted she could not declare the whole of Wales GM-free, she said she was determined to continue the most restrictive policy compatible with EU and UK legislation.

“I am committed to maintaining consumers’ right to choose non-GM food and the ability of farmers in Wales to grow organic and conventional crops free from GM contamination,” said Ms Jones.

“Our intention is for coexistence to be tightly regulated in Wales. Our proposed measures will be more restrictive than those proposed in England and Northern Ireland.”

Views were being sought on the creation of a national statutory GM crop register with public access. Growers would need to obtain assembly permission three months before planting.

They would also be required to inform their neighbours and consult them to ensure compliance with separation distances.

Record keeping would be a statutory requirement, as would training for those who handled GM crops on farms.

The minister added that she wanted comments on issues like isolation distances between GM and non-GM crops, and the use of buffer zones incorporating pollen traps.

“On seed thresholds, views are sought on whether the present 0.1% default seed threshold should be retained, as in many member states separation distances have been established on that basis.”

Gareth Vaughan, Farmers Union of Wales president, said the overwhelming majority of his members maintained that GMOs would not bring any significant benefits to Welsh agriculture.

“The FUW was one of the first organisations to call for the establishment of a GM-free Wales,” insisted Mr Vaughan.

If legislation prevented this GMOs must be tested in a controlled and tightly regulated environment. Equally strict rules must apply to any commercial GM crop cultivation, he said.