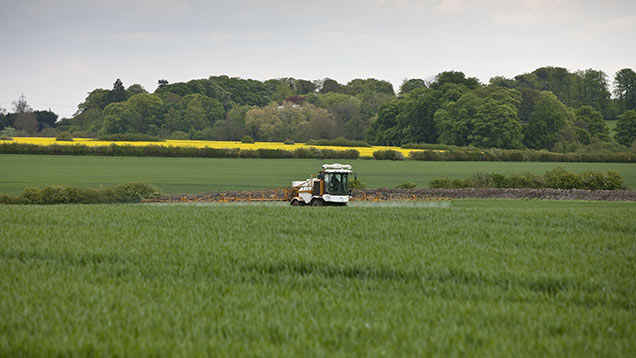 Early indications suggest there is potential for 2015 to be a significant fusarium ear blight year if conditions remain favourable.

But when it came to harvest, Fusarium culmorum and graminearum levels were low, suggesting weather at flowering was not favourable for infection.

So while the pressure from last year (inoculum carryover) is not particularly high, the winter was fairly favourable and not overly cold. “This suits microdochium and to some extent, fusarium too,” Mr Jennings said.

“And now we have seen warm spring conditions. Being relatively dry and mild is good for both microdochium and fusarium.”

Therefore, he believes there is potential for inoculum to build up in crops in the coming weeks.

“This now depends on conditions in May. Fusarium graminearum produces perithecia [fruiting bodies] in crop debris and they need moisture in May to mature and produce spores. The longer-term forecast is wetter, therefore, more conducive to produce spores,” Mr Jennings warned.