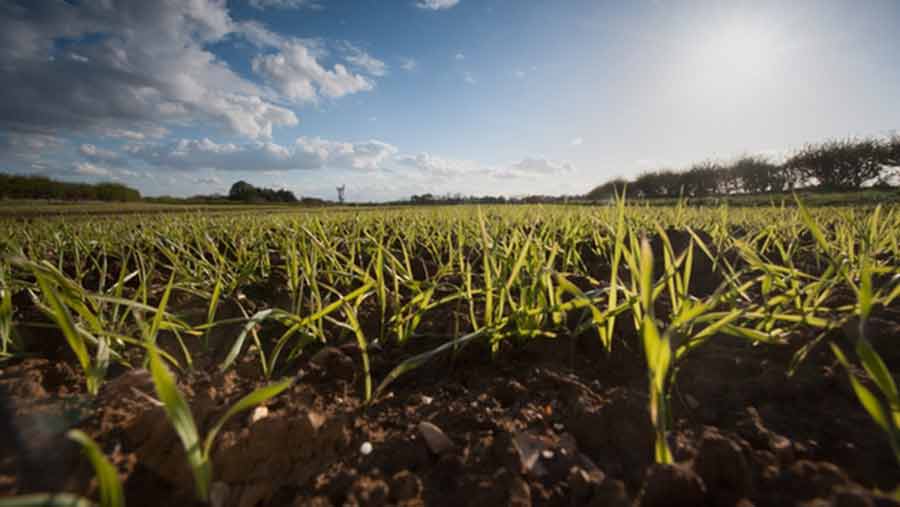 Scottish growers are being warned of a heightened threat from wheat bulb fly attacks in early-sown spring barley crops this season.

A period of cold and frosty weather is required to trigger egg hatch, but the mild winter and late arrival of wintery conditions in Scotland delayed its start.

Dr Andy Evans of Scotland’s Rural College says the start of egg hatch typically occurs in mid-February, but this year kicked off in late February to early March and could coincide with crop germination.

“Spring barley drilling has been delayed a wee bit too, but there will be a spike of activity in the next week or two.

“If you put the crop into a field with as few as 100 eggs/sq m in the soil, the crop will get hammered. The larvae will get in as soon as the seed sprouts,” he explains.

Where present, the pest can wipe out entire crops and those sown in fields with a known history of bulb fly attack, or following potatoes, will be subjected to the highest risk.

In these high-risk situations, delaying sowing until late March onwards would ensure the crop is emerging as egg hatch is tailing off.

However, with land preparation and sowing windows tight in the north, growers are likely to take every chance they can to get the crop in the ground.

Where seed hasn’t already been delivered, a seed treatment such as Austral Plus (fludioxonil + tefluthrin) can be applied to give seedlings early protection against attack.

Foliar insecticide chlorpyrifos can also be used if seed is untreated and pest damage can be found as crops emerge.

However, growers should be aware that due to restrictions on its use, it will be illegal to use on cereal crops after 31 March this year.