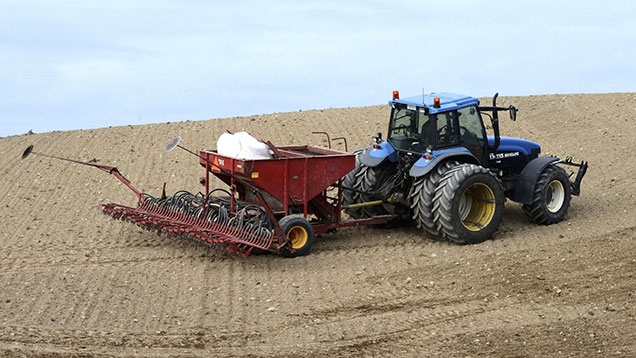 Wheat and oilseed rape plantings in Britain are expected have shown a fall this autumn with the area set to be taken up largely by barley and pulses.

Falling grain prices, increasing weed problems and new EU rules are believed to be behind the fall, according to the Early Bird Survey of British farmers’ planting intentions by the AHDB/HGCA.

“Lower areas for wheat could well be driven by a response to upcoming new CAP regulations, a greater need for cultural control of key weeds such as blackgrass and lower grain prices,” said Brenda Mullan, AHDB/HGCA analyst.

The area set for peas and beans is expected to rise 24%, the biggest increase seen in the survey’s history.

“It is thought that policy support, coupled with current economics for pulses, attributed to the increase in planting intentions for these crops,” Ms Mullan added.

The areas down to winter and spring barley are expected to be up on last year’s levels, by 12% and 9% respectively.

The forecast area of 476,000ha for winter barley would be the biggest area since 2002, while spring barley is set to increase due largely to the three-crop rule.

The findings come as a result of submissions from a team of agronomists, assessing over 250,000ha of arable land across Britain.