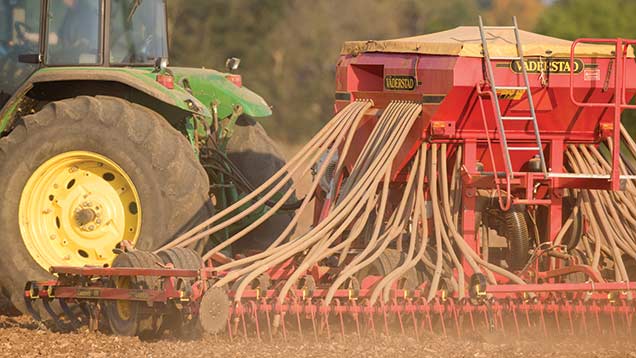 Scientists investigating how to control take-all have discovered the first wheat variety choice can have a lasting effect on soil health, making it a more hostile environment for the following cereal crop.

Take-all is a wheat disease that affects plant roots, and researchers at Rothamsted, funded by Defra, have found the choice of first wheat variety can increase yields of the second wheat by up to 2.5t/ha.

The higher yield was seen when selecting specific varieties that were more resistant to take-all disease.

But little was known about how this affected soil biology, and this was the aim of a follow-on project led by molecular microbiology project leader Jake Malone and Tim Mauchline at the John Innes Centre.

They found changes in soil biology resulting from the variety grown in the first year completely overrode any expected benefits from the second year’s crop.

“It means that variety choice in year one affects soil health and could have long-lasting effects on yields in subsequent years.”

The BBSRC-funded project examined the abundance and the genetic structure of an important beneficial soil microbe, Pseudomonas fluorescens. Different strains are responsible for boosting plant growth and protecting crops against harmful diseases.

Both the total amount of pseudomonas in the soil and the nature of the strains of this microbe present were strongly influenced by the type of wheat grown a year earlier, says Dr Malone.

Growing wheat with a high associated level of take-all led to a greater abundance of pseudomonas, and seemed to select for strains that take an aggressive approach to other bugs, wiping out other soil bacterial species in lab tests.

“We knew that plants and microbes in the soil interact in a multitude of ways, but we didn’t realise just what an effect growing different varieties of the same crop could have on the communities of microbes living in soil.”

The project is ongoing and the team hopes to help identify the optimum strategy to promote soil health and counter take-all.