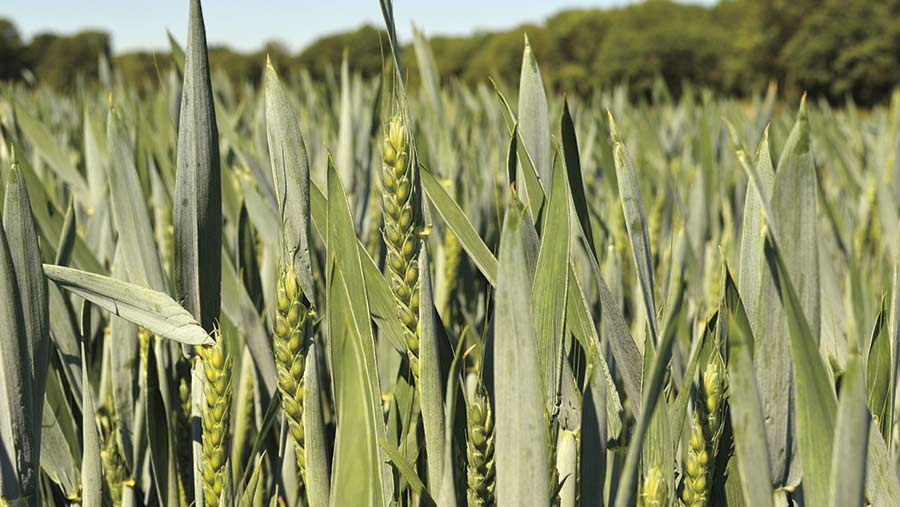 Winter wheat grower Peter Allen picks varieties for his farm which are high yielding and early to mature to give him time in the autumn to battle blackgrass.

This season he is growing the new variety Shabras, which he can drill late in the autumn and harvest early to allow maximum time to control the troublesome grassweed.

He grows 600ha of winter wheat in Bedfordshire and Hertfordshire, and on his heavier soils he is in a constant battle with this pernicious weed.

“We are looking for varieties which are high yielding and early so we can get the crop off the ground and start controlling blackgrass,” he told Farmers Weekly. 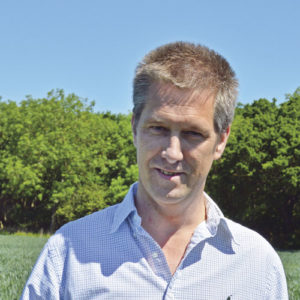 Shabras is the joint highest yielding winter wheat on the current AHDB Recommended List and one of the earliest feed varieties to mature, alongside Syngenta stablemates Reflection and Graham.

The variety is earlier to mature than Mr Allen’s two current mainstay wheat varieties Diego and Santiago, while he was impressed with Shabras’s early spring growth which is useful in suppressing blackgrass.

After a comprehensive autumn herbicide programme, his main focus is with spring-germinating blackgrass across the 1,200ha which he farms from the M25 up to Sandy in Bedfordshire.

From his base at Home Farm on the Shuttleworth Estate just south-east of Bedford, he is growing 83ha of Shabras for seed this season and for a crop drilled on 3 October, he expects it to harvest 10t/ha-plus on his strong clay loams in early August.

The variety shows very reliable yields across regions and seasons in the AHDB trials and this quality has attractions for him.

“We are looking for consistency and that’s why we are still growing Diego,” he added.

His agronomist Chris Bumford from advisory group ProCam was impressed with the variety’s quick growth in the spring and its good disease resistance package.

“It has held up well against mildew, septoria and yellow rust this season,” he said.

The variety shows a fungicide treated yield of 106%, equivalent to 11.3t/ha in Recommended List trials, a disease resistance rating of 7 for mildew, 8 for yellow rust and a moderate to good 6.2 for septoria, but a weak 4 for brown rust in a 1-9 rating system where 1 is poor and 9 is very good.

Sam Brooke, seed manager at the variety’s breeder Syngenta, highlighted that the variety showed a narrow band of 1-2% in yield variation in Recommended List trials.

“Its standout feature is its consistency across seasons, soil types, regions and its place in the rotation,” she said.

The optimum drilling date for the variety is mid-September mid-October, and she emphasised that its quick upright spring growth habit can help to suppress blackgrass.

She expects the variety to take 4% of the certified seed market this autumn and take market share from older varieties such as Santiago, Diego and Relay.

The variety fits in the late drilling slot while the group’s variety Graham launched last year can be early drilled, and its market share is expected to rise to 7% this autumn from 4% previously.

All the speakers were attending a variety launch briefing for Shabras on 25 May.