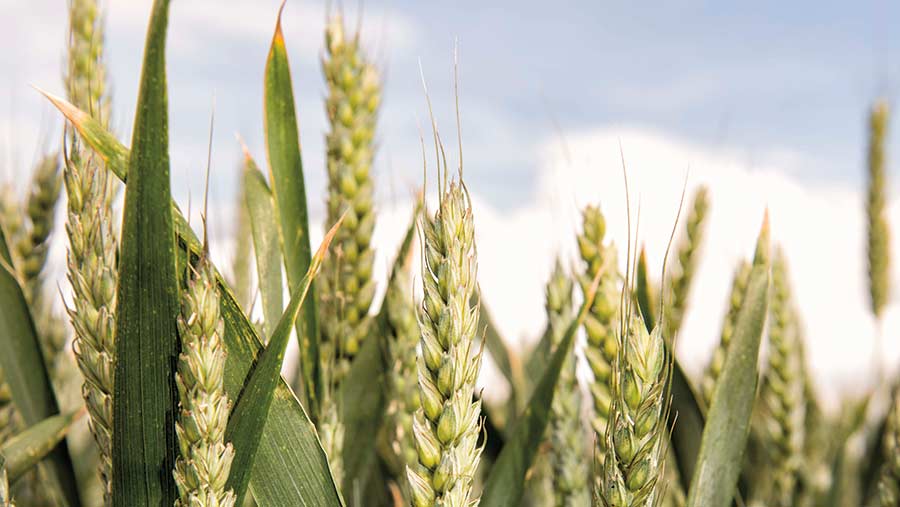 High-yielding breadmaking variety Zyatt, which comes up for recommendation later this year, matches the output of leading feed wheats and outperformers other milling varieties.

Bred by KWS, the variety shows a yield of 105%, which matches that of popular feed wheats such as Santiago, Reflection and Evolution, but has the quality expected by millers and export markets.

The variety has a 4% yield advantage over fellow breadmaker Skyfall and a 7% yield benefit over stalwart Crusoe, but also adds the early maturity that Gallant offers.

Zyatt at a glance

Furthermore, its untreated yield of 95% is 5% ahead of the next-best breadmaker Illustrious, while it shows a good performance as a second wheat.

“It also has short, stiff straw and solid, all-round disease resistance,” said the breeder’s cereal product manager Will Compson at a briefing during Cereals 2016.

A Hereford and Quartz cross, Zyatt has undergone tests to determine its suitability for breadmaking, and final testing results from the National Association of British and Irish Millers are to be to published later this year.

“The results show it has the ability to hit yields and maintain proteins, and that it is quick and easy to mill,” said Kirsty Richards, the group’s value chain manager.

The variety also showed good extraction rates and the ability to produce flour proteins, water absorption and starch damage in line with requirements, and will come up for possible inclusion in the AHDB Recommended List later this year.