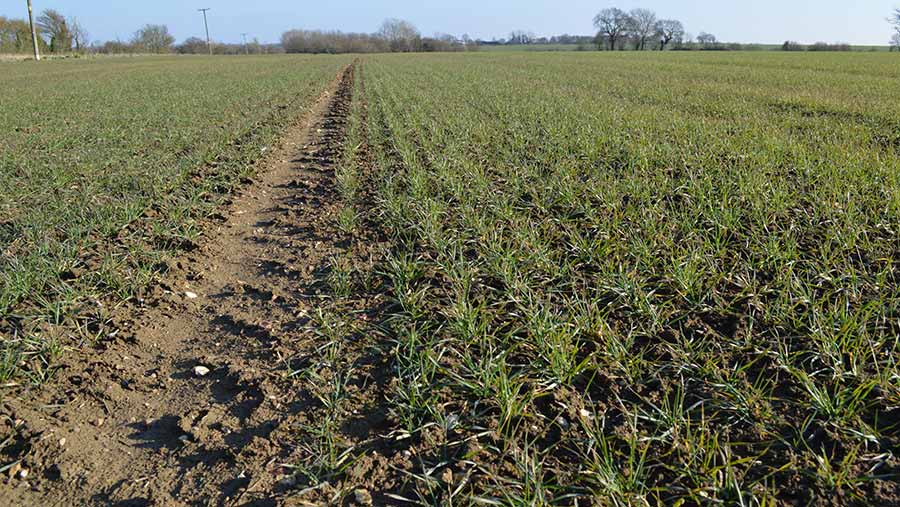 Essex wheat crops look as if they need nitrogen fertiliser and one farm manager is hoping frosty weather this week will allow him to give the crop a much-needed feed.

Farm manager Andrew Cook is hoping to get about 70kg/ha of nitrogen on his 416ha of milling wheats, including the varieties Crusoe, Skyfall, Illustrious and Zyatt, if frosts allow machinery to travel on the farm’s heavy soils.

“Three weeks ago the wheats looked really green, but now after further rain they look in need of a bit of nitrogen as the crops look hungry,” he told Farmers Weekly.

He is hoping to get nitrogen on his crops soon, then look at an early T0 fungicide spray in late March to protect against septoria.

Frosts this winter have helped to control some mildew disease in his wheats, but cold weather will have had little effect on the low levels of septoria which he is seeing in crops.