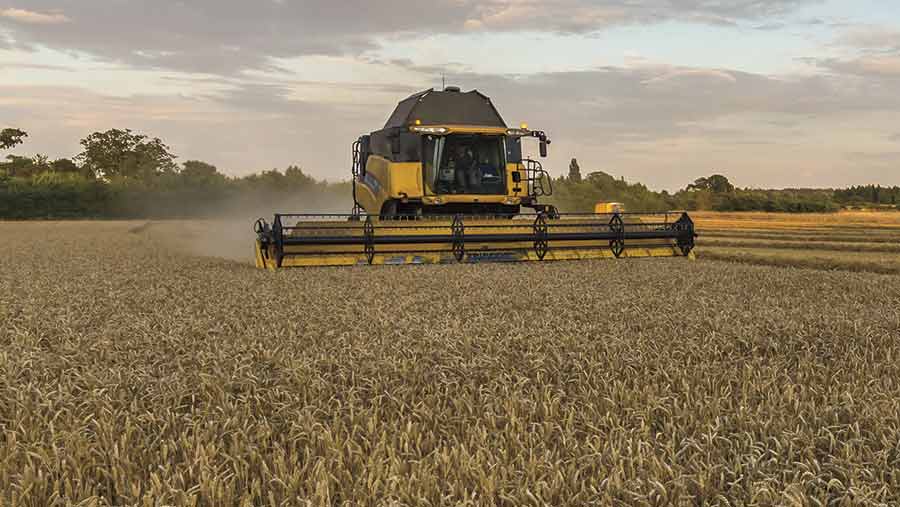 Wheat growers are being urged to choose new biscuit-making varieties this autumn as these now match the yields of traditionally higher-yielding feed wheats.

“If yield is the only thing that was missing, then we now have the final piece of the jigsaw. For the first time that records show, the highest yielding varieties in the East and the North are not Group 4s,” he says.

His colleague, Kirsty Richards, points out that there is a variety shift taking place on farms, as cereal producers look to deal with pricing volatility and minimise risk.

We have to be able to respond to market needs. That’s much easier to do with Group 1s, 2s and 3s, than it is with a big heap of feed wheat Jack Watts, AHDB markets analyst

“We’re seeing that yield, marketability and agronomics all have an equal part of play in variety choice. While it’s true that yield is still king – the difference today is that yield can be delivered by quality wheats,” she says.

For this reason, the multi-market appeal of soft biscuit-making wheats shouldn’t be ignored.

“Along with their better yields, the new Group 3 varieties have the potential to go into biscuit, export and distilling markets. So they bring options and should be seen as an opportunity,” she adds.

“UK wheat has been struggling to rebalance trade since 2012. Imports are still quite high, even though we’ve had two big harvests, and exports are slow – so there could be further growth in UK wheat stocks this year,” he says.

As a result, competitiveness, quality and consistency will be important.

“We have to be able to respond to market needs. That’s much easier to do with Group 1s, 2s and 3s, than it is with a big heap of feed wheat,” he says.

Tom Eaton of grain trader Glencore agrees: “At the moment, over 70% of our wheat surplus is made up of feed varieties. That means we need to be the cheapest to export in volume.”

He questions whether the UK has the right wheat varieties to sell in the current climate.

“We know that 80% of this wheat stays in the EU, going to countries such as Spain, Holland, Portugal and Ireland, while the remaining 20% heads to other countries in North Africa, Asia and the US,” he says.

However, a surplus made up of milling and biscuit varieties would be far more interesting to foreign buyers than more feed wheat.

“That’s why there are buyback contracts already available for harvest 2017 for Group 3s, with a minimum premium of £5/t,” he says.

Newly recommended Barrel sits at the top of the Group 3 category of the AHDB Recommended List with a UK yield of 105%.

A Viscount x Bantam cross, its treated yield puts it on a par with feed varieties Reflection, Evolution and Santiago – but Barrel’s end destination options are wider and include the biscuit and export markets.

“It is also being re-tested for distilling this year,” says Keith Best of KWS, who predicts a 7% market share for the variety by 2018-19.

Its stablemate, Basset, is a Cassius x Scout cross, has a UK yield of 103% and is again suitable for the biscuit and export markets.

Both varieties are short and stiff-strawed, have resistance to orange wheat blossom midge and good yellow rust scores. Enough seed will be available for each to take a 1% market share this autumn.

Group 3 wheats are critical to what United Biscuits does and their national decline is a risk to the business, says Richard Plant, the group’s category manager for agriculture.

Of the 270,000t of wheat bought by the company every year in the UK, at least three-quarters of it has to be Group 3s. As a result, farm agreements done through three partners are helping to secure supplies.

“We’ve seen real progress, especially in the North, where plantings of Group 3s have increased considerably,” he says.

* All of the speakers were taking part in the recent Biscuit Revolution event in London, organised by KWS as part of its Dynamic Wheats initiative