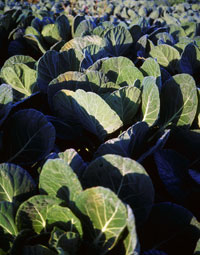 Exotic Farm Produce is now owned by Icelandic firm Bakkavor, which is understood to be planning up to 400 redundancies at three sites in the county.

Mr Paske, who was NFU vice-president from 1999 to 2004, co-founded Exotic Farm Produce, a specialist fruit and vegetables business at Kirton, near Boston.

Jobs are also under threat at Bakkavor’s Lincolnshire Freshcook firm in Holbeach and Bakkavor Spalding.

Icelandic bosses have embarked on a 90-day consultation period regarding their restructuring plans with 2000 staff employed at the three sites.

The news comes the day before Bakkavor chief executive Agust Edmundsson is due to address the Oxford Farming Conference.

Mr Edmundsson will deliver a presentation to conference delegates on ways of “building a business in response to market needs” on Tuesday (6 January).

A Bakkavor company spokesperson said: “These are challenging times for the food industry and the group remains cautious about the worsening economic conditions on consumer expenditure on top of ongoing pressures from inflationary costs.”

The spokesman said restructuring would help Bakkavor realign its cost base, improve operational efficiencies and adapt to current and future demand.

Union leaders described the announcement as an unwelcome reminder of “very difficult times” in the food manufacturing industry.

Regional GMB officer Andy Worth said: “We will do all we can to mitigate the impact and keep job losses to a minimum.”