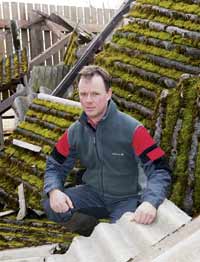 The Scottish Government has pledged £3m of emergency aid for temporary buildings to house livestock after as many as 3000 farm steadings were destroyed or damaged during the heavy winter snowfalls.

Announcing the package at NFU Scotland’s annual meeting in St Andrews, Rural Affairs secretary Richard Lochhead said the emergency aid was in the interests of animal welfare, and would pay for the erection of temporary buildings or to cover the rent of other accommodation for cattle and sheep on other farms.

The imminent lambing season was a particular concern.

There would be a cap of £6000 per farm under state aid rules and livestock producers are required to complete applications by the end of March. Forms would be available from local area offices.

Mr Lochhead said that 500 farmers had responded to the government’s survey on the damage caused by the snow, but reports indicated that as many as 3000 buildings had been damaged by the bad weather to some degree.

He made it clear that funding would not apply to the construction of new permanent structures which was, he emphasised, an insurance matter.

He said: “This is a one-off emergency package for exceptional circumstances and to help affected businesses get back to normality.”

Mr Lochhead added that some of the funding might be used to help with the safe disposal of asbestos.

The Scottish Government’s Collapsed Buildings Technical Working Group is working closely with NFU Scotland to look at lessons learned from this winter’s extreme weather. A key outcome will be advice on future building design and construction.