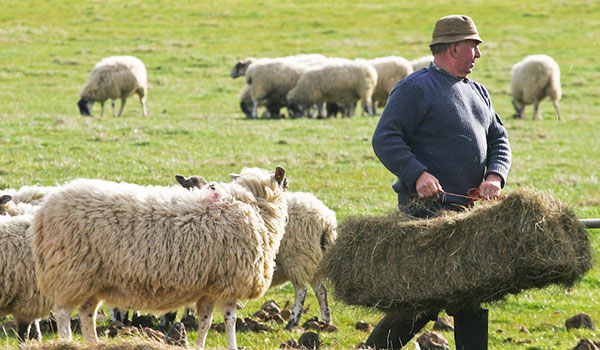 A raft of employment law changes have come into effect this month which will bring both higher pay bills for employers and increased transparency on pay and conditions.

The National Minimum Wage has increased

The most important change which will affect all farmers regardless of the size of their business is a hike across the board in the National Minimum Wage rates.

See also: Employers need to be on alert for HMRC minimum wage checks

As of the beginning of April this year minimum rates of pay for all age groups have been increased by between 5 and 30 p/hour.

Employers with workers aged 25 and over are in line for the biggest increase to their wage bill as the rate for this age group has climbed by 30p from £7.20 to £7.50 an hour.

However an employee is still entitled to the Agricultural Minimum Wage if it pays a higher rate, and they were employed before 1 October 2013 with a contract stating they are entitled to it.

There are different rates for the Agricultural Minimum Wage in Wales and Scotland.

There have also been increases for Standard Maternity Pay (SMP) and other family leave. The new rate for (SNP) is £140.98 per week from 2 April 2017.

The rate for the Standard Sickness Pay has also increased to £89.35 per week from 6 April.

Employers who are found by tribunal to have unfairly dismissed an employee are also facing higher compensation bills.

Employees in such cases are entitled to claim both a basic award and a compensatory award.

The maximum rate an employee is entitled to when made redundant has increased in line with the maximum basic award to £14,670.

Some horticultural businesses will be affected by new rules designed to increase transparency around the pay gap between male and female employees.

The new rule applies to businesses with 250 or more employees on a specific date each year – 5 April .

However seasonal workers, such as pickers, count towards the “headcount” so fruit and vegetable businesses will have to comply if they meet the threshold on the snapshot date.

Under the rule businesses must publish a set of six calculations based on the rates of pay on the specific snapshot day, or the weekly or monthly pay period that applies to 5 April.

The calculations must be published on a publicly available website, such as the businesses’ own, and also a government website. Businesses have 12 months to do make this information available.

Increased transparency for both employers and employees

The Ministry of Justice has made it harder for businesses to hide a poor employment history, such as any unfair dismissals, by publishing an easily searchable database unexpectedly earlier this year.

While this information has been publicly available for some time, the new service will allow potential employees easy access to the details of any tribunal cases. Conversely employers will also be able to search the records before recruiting an individual.

Large employers must pay for apprentices

One change that is unlikely to affect farmers directly but will affect the wider food supply chain is the introduction of the apprenticeship levy.

All businesses who have an annual pay bill of more than £3m will be charged 0.5% of that pay bill to support the training of apprentices.

This means large retailers such as supermarkets will be significantly impacted by the levy, which could have knock-on effects for farmers in the future.

Some smaller farms may be liable if they belong to a larger group of businesses, as the total pay bill for the whole group cannot exceed £3m.

Contractors could be classified as employees in the future

Liz Stevens is warning farmers to be aware of challenges being made by so-called independent contractors against companies that rely on a flexible staff base, such as taxi company Uber.

Last October its drivers in the UK won the right to be classified as workers rather than independent contractors and are therefore entitled to holiday pay, paid rest breaks and the national minimum wage.

Ms Stevens told Farmers Weekly that although the focus of these cases is currently on the flexible taxi and delivery service industry, the results of any appeals could set a precedence in the future for any company using a temporary workforce, such as the agriculture sector.

She added: “A lot of cases are going through at the moment which focus on employment status and whether these are correctly categorised.

“These kinds of cases currently centre on taxi and delivery companies, but this could have some implications for employers who engage temporary staff, casual workers and contractors, such as in the agriculture sector.

“It might not immediately appear applicable, but it is something we might see down the line for the agriculture sector.”