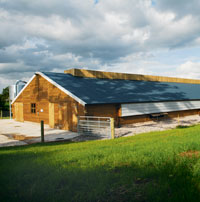 Planners have rejected two developments in Shropshire that would have housed almost half-a-million chickens.

The Council for the Preservation of Rural England opposed the developments, saying there were already a significant number of broiler units in the region.

“Planners made the right decisions to protect what they say is the county’s greatest asset – its natural and historic environment,” a CPRE spokesman said following the decision. The proposed sheds were far too large for the location and neither applicant had managed to satisfy environmental rules.”

The CPRE spokesperson also said a rise in heavy traffic passing through small country lanes and villages would have been an unacceptable result of the large farms.

John Warner put in the application when his sugar beet business was badly hit by the closure of a nearby processing plant.