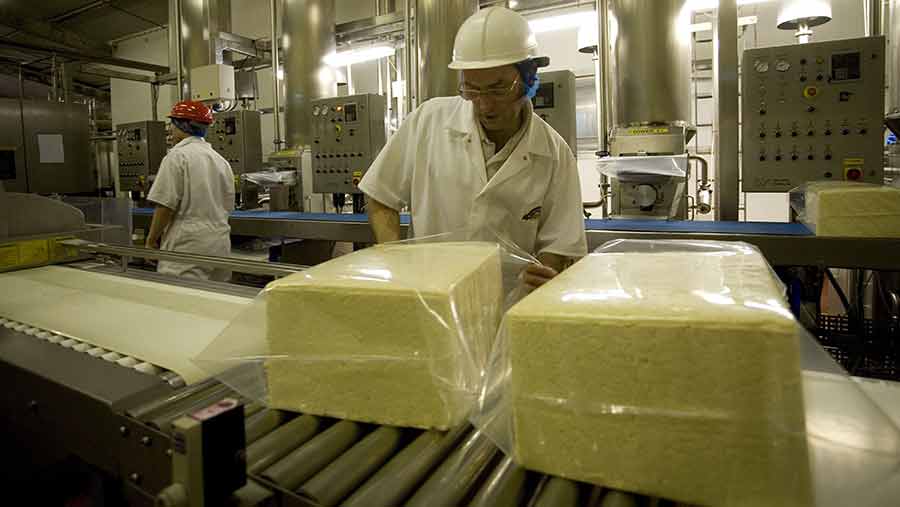 This is the first cut since January by the Somerset cheesemaker.

“We’ve held off as long as we could,” said managing director Richard Clothier. The cut was a result of several factors but probably the most significant was the drop in protein prices, he told Farmers Weekly.

The move will take standard litre prices down to between 19.3p and 19.96p/litre, depending on contract type (see below).

“The whey protein return has dropped quite a lot and we don’t have a way to improve that. We forward sold a lot of it so have been able to hold off with [milk] price cuts for a while,” said Mr Clothier. “That is coming to an end in March so we’ll be selling into a weak market.

“We’re probably looking at a record spring across the whole of the EU so when we get further into the spring, bizarrely that [reduced price] might look like a good price. I don’t think there will be enough processing capacity in the EU for the milk that will come off – it’s a worrying situation.”

While poor weather could dampen the size of the flush, producers had made so much forage that cows would be well-fed even if spring was late, he said.

With high milk production, high cheese, an uncertain economic outlook and the Russian ban still biting, Mr Clothier thought it would be autumn before any market improvement was seen.