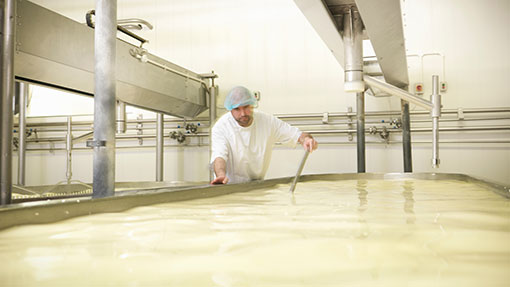 However, butterfat remained low at 4.01% – 0.09 points below April last year, when production was at an all-time low of 1.11bn litres, following the harsh winter of 2012.

Production in New Zealand also continued at high levels, running nearly 8% above last year in the 11 months to the end of April, said a report by DairyCo.

“Although this partly reflects the difference from the drought situation at the start of 2013, production is still performing well compared to previous years.”

In the USA, milk production was up by 1% in the first quarter of 2014 and was forecast to end the year up by 2% as cow numbers increased, it added.

However, drought in Australia meant the country’s milk production from July to March was 1% down on the previous year.

“This drought could continue as the majority of climate models now forecast an El Niño weather event to develop in the middle of this year.”