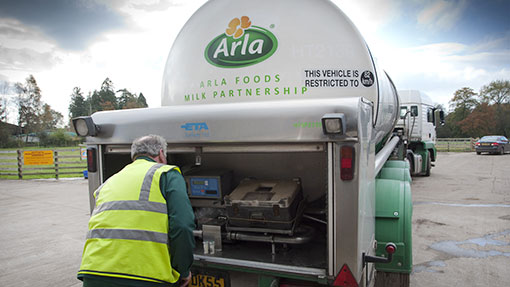 The 795 Walhorn farmers will take Arla’s membership to 13,500 and give the global business its first Dutch producers.

National competition authorities must now approve the tie-up, which was announced in March and is expected to go ahead in the summer.

Arla and Walhorn representatives voted 94% and 96% for the merger, with a 75% majority needed for success.

“Arla is a bigger business than Walhorn but we have exactly the same desire to be part of a co-operative that enables us to grow and develop our farms,” he said.

“Some of Walhorn’s owners are already neighbours of Arla farmers, so in every way it feels like a natural step to merge with our colleagues at Walhorn.”

Arla CEO Peder Tuborgh said the vote showed Walhorn’s owners had warmly received the message that Arla was ready to buy all the milk they produced, even after European quotas were lifted.

Arla’s current members are spread across Sweden, Denmark, Germany, Belgium and Luxembourg, with more than 3,000 in the UK.