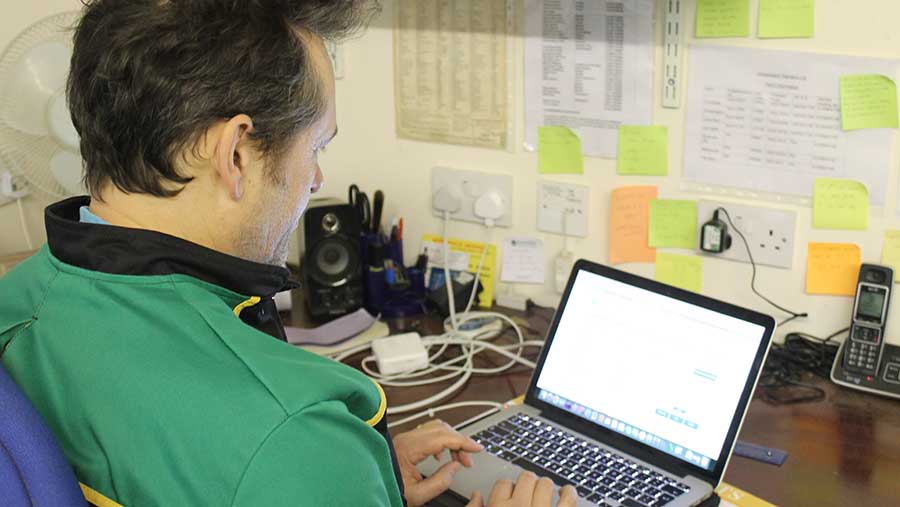 Close to 30,000 UK farmers are still waiting to be paid under the Basic Payment Scheme and they are being warned that any money may still be five weeks away.

Almost three months after the opening of the payment window, latest figures show only 43% of farmers in Scotland have received their 80% part-payment from the Scottish government, which means 10,000 are yet to receive a penny in subsidy support.

In England, 16,600 producers are still waiting for their BPS, while in Wales the figure is about 2,180. In Northern Ireland the picture is more positive – 95% of farmers were paid before Christmas, with 700 yet to get any money.

NFU Scotland said the government continued to let farmers down with its “calamitous” delivery of payments, putting farmers and crofters under intolerable strain.

Less than one-quarter of the total funding pot has been paid so far, which has left a £300m hole in the rural economy and cashflow problems that have necessitated the introduction of a £20m hardship scheme.

The scheme, which opened for business on Monday (22 February), offers government-backed, interest-free loans to farmers who are unable to access any additional bank borrowing.

Allan Bowie, NFU Scotland president, said at the current rate of delivery it could be May before some businesses received their lifeline payments.

Farmers needed a clear statement on why the number of applications being cleared each week was so disappointing and what further measures were being taken to address this.

“As things stand, more than half of Scotland’s farmers and crofters still have no idea of when any support payments will be delivered and that is something we, and the Scottish Parliament, should find totally unacceptable.”

The issue of poor communications with farmers has also been raised in England by the NFU, which has accused the Rural Payments Agency of being “hopelessly silent” when it comes to informing farmers about the likely timing of payments. This charge has been denied by the RPA.

Union president Meurig Raymond branded the implementation of the scheme a “fiasco” and “unacceptable”.

“In England today about 16,000 farms have still not had their payment. Farmers with common grazing rights have not yet received a single penny. Defra and the RPA have consistently refused to listen to our pleas for part-payments – leaving many without any clue as to when they would receive their payment. You cannot run a business like that.”

The Scottish government said it was working seven days a week to get payments out to farmers.

Rural affairs minister Richard Lochhead said: “We are continuing to do everything in our power to get first instalments out to as many people as we can by the end of March and the balance of payments as soon as possible after that.”

An RPA spokesman said: “Almost all eligible farmers will receive their payments by the end of March, with a few thousand of the more complex cases taking slightly longer, as they did under the Single Payment Scheme.

“We are working with a number of charitable organisations to support those experiencing difficulty.”

“When previous governments have done part-payments, they have ended up with huge fines [from Brussels] as a result of that,” she said.

“None of us wants to be wasting Defra budget on paying fines to the EU, so it is incredibly important that these payments go out in an accurate way.”

It would take “probably about a month” to set up a way to make part-payments to farmers within the existing system, said Ms Truss.

“That would delay the ability to pay the full payments we are getting through. It is a slow process and we are getting on to the more complex claims now.”

A spokesman for the Welsh government said the payment window for BPS payments ran from 1 December 2015 to 30 June 2016.

“As of 23 February we have paid 13,381 farm businesses, which represents more than 86% of eligible businesses, exceeding our well-publicised target. Payments continue to be made as soon as possible and we remain on track to pay the vast majority of farm businesses early this year.”

“For the past couple of years I received my BPS on 1 December, but I am still waiting to be paid this year.

“My claim is no different, so I cannot understand the reason for the delay. It should have been straightforward.

“There are big cashflow problems. It’s a catastrophe. I have increased my overdraft with the bank on the understanding the money will come before the end of March.

“The bills don’t just go away. You just have to keep paying them the best you can.”

“We got the final payment for the last of our five farms a week last Monday after highlighting our case with Farmers Weekly.

“I cannot understand why the payments range so much from £60/ha to £80/ha across the farms.

“I expect five visits next year and the RPA will be hunting me down with men with rifles on wild horses just to double-check that everything is perfect.”