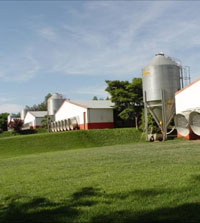 Brazil’s largest poultry processing company Sadia saw its shares lose 32% of their value in the last four weeks of 2008, highlighting the fragile state of the Brazilian poultry sector as the effects of worldwide economic downturn take hold.

According to recent reports, the loss of US$406m (£270m) in currency trading because of the sudden and unexpected devaluation of the Brazilian real, saw the dismissal of the company’s chief financial officer Adriano Ferreira along with the resignation of the chief executive officer.

The loss was greater than the total profits of 2007, forcing Sadia to take out a new line of credit. But it has declined to comment on details of the source.

This is being compounded by recession in many of the 150 countries that buy poultrymeat from Brazil, causing demand to fall. This fall in demand prompted the Brazilian Poultry Association to call for a 15% reduction in chick placings, to avoid a damaging surplus building up early this year like that in the US.

This surplus coupled with higher feed prices had forced Pilgrim’s Pride, the world’s largest poultry processor, to acquire bankruptcy protection in December 2008. The company is now restructuring its business with the aim of bringing it back into the black, after reporting a loss of $999m (£667m) in 2008.