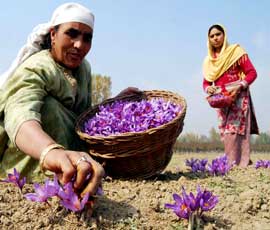 Although the report focuses on developing countries, it says the transition towards low external input and sustainable agriculture is needed in all regions – including industrialised countries.

Applying ecological science to agriculture can help end food crises and address climate change and poverty, says the document. It enhances soils productivity and protects crops against pests by relying on beneficial insects and predators.

“Agroecological projects have shown an average crop yield increase of 80% in 57 developing countries, with an average increase of 116% for all African projects,” said Prof De Schutter.

Projects conducted in 20 African countries had demonstrated a doubling of crop yields over a period of 3-10 years. But conventional farming relied on expensive inputs, fuels climate change and was not resilient to climatic shocks.

“It simply is not the best choice anymore today. A large segment of the scientific community now acknowledges the positive impacts of agroecology on food production, poverty alleviation and climate change mitigation.”

Agroecology was gaining ground in developed countries such as United States, Germany and France, said Prof De Schutter, but remained largely experimental because it was insufficiently backed by ambitious public policies.

“We won’t solve hunger and stop climate change with industrial farming on large plantations. The solution lies in supporting small-scale farmers’ knowledge and experimentation, and in raising incomes of smallholders.”

Emma Hockridge, head of policy at the Soil Association, said the UN report was a major blow to supporters of industrial agriculture, including the recent Foresight report, which called for the sustainable intensification of farming.

“The UN is promoting an approach it says is of benefit to farmers in developing countries, which improves their resilience to climate change, and which increases farm productivity, food security and rural incomes.”