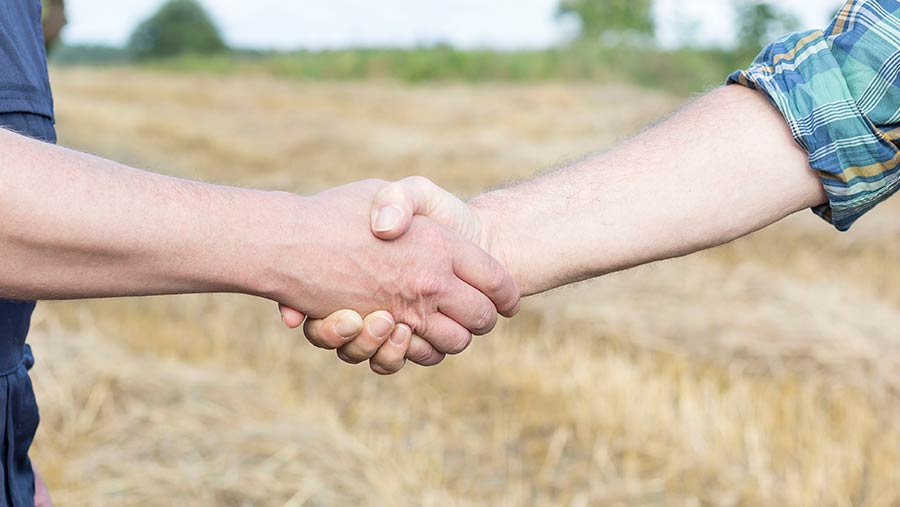 Q I have a farm that is in trust, which I rent with my two sons. My eldest son runs his own separate business and has done so for 20 years.

He has no contact with the farm. My youngest son runs the farm with me. The problem is that the two sons don’t get on at all and my youngest son would like to run the farm on his own, but his brother still insists he is a partner (although there has never been anything in writing) and that he is entitled to see the accounts, for example.

Please advise on the best way forward so my son who does the farming can do so without hassle from his brother.

A The best way for the writer’s elder son to be able to manage the farming partnership independently from his brother is to determine (if it is right to do so) that the elder brother is not a partner.

It seems there is likely to be a partnership between the writer and his younger son.

However, do the arrangements on the farm, as a matter of law, constitute a partnership of the farming business between the writer and both sons?

The most straightforward way of identifying the nature of partnership arrangements is by reference to a written partnership agreement.

However, as there is not one here, it would be necessary to rely on the rules for establishing whether a partnership exists as set out in the Partnership Act 1890, as well as various legal cases on the point.

Under the Act, a partnership can arise without any documentation when two or more people “carry on a business in common with a view of profit”.

It is necessary to look at the arrangements themselves and all of the relevant background and history, which determine the existence and nature of the partnership, rather than the intentions of the individuals.

There is not sufficient evidence in the question to reach a conclusion, but several points and queries would need to be addressed:

No one of these factors and questions will determine whether the elder brother is a partner in the farming business. Rather, as mentioned above, it will be necessary to look at the arrangements in the round.

Even if the writer and his younger son are able, on the basis of sound legal advice, to say with confidence to the elder brother that he is not a partner in the farming business, there remains the issue as to whether that alone will be sufficient to convince him to leave his younger brother alone to run the farm.

If the elder brother continues to dispute that he is not part of the farming partnership and continues to cause issues, ultimately the matter would need to be decided by the court, although that would be costly and time-consuming.

A further issue to consider is whether the elder brother has a tenancy of the farm land, together with the writer and his younger brother, and what form that takes. Unfortunately there is not enough information to give any meaningful advice at this stage.

This is a complex situation and both the law and procedure heavily depend on your specific facts. It is therefore recommended that you seek specialist independent legal advice to assess your situation.