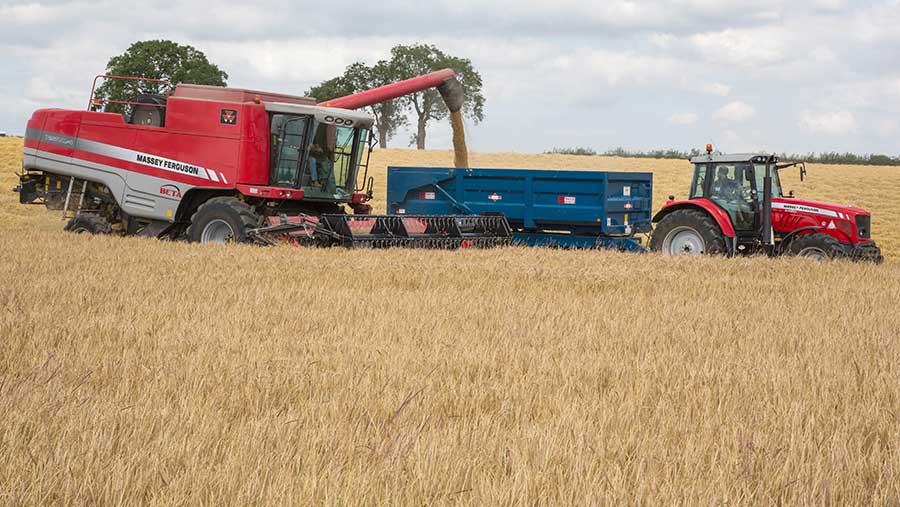 Machinery and labour offer the main scope for raising arable efficiency, and on most farms there is still room for improvement.

Full benchmarking is a useful exercise but a set of simple management key performance indicators (KPIs) can be calculated without the need to delve into the detail of full accounts, says consultant Strutt & Parker.

“For some farmers, the word ‘benchmarking’ conjures up a dry and tedious process they’d rather not undertake, but it can be invaluable,” says Will Gemmill, head of farming at Strutt & Parker.

How the indicators were chosen

The figures used to arrive at the indicators are based on information from more than 145 farms, ranging from 100ha to 2,500ha, and can be used to show how farms compare on labour and machinery costs and capacity.

This can highlight areas of potential cost saving and where a closer look at financial detail would help.

The firm’s research on labour and machinery costs suggests there is no obvious relationship between size of the farm and costs.

While 65-70% of fixed costs are typically built around the cultivation strategy of a farm, going to no-till was not necessarily the answer – the cost reductions have to be balanced with the value of a likely yield reduction, Mr Gemmill says.

“We have also seen that farms with the lowest costs do not necessarily have less horsepower available – just cheaper horsepower,” he says.

“This might be achieved by operating over a large area, but can also be the result of where machines are being kept for longer and residual values kept high through regular maintenance.”

Some farms, and often the larger ones, simply had too much kit and it was being replaced too often. On others, combine capacity was too high.

While there was no prescription for the correct structure, understanding costs meant that the logistics of a change of strategy could be assessed.

For example, would hiring a machine be more economical, given the hours it needs to work; could a contractor do the same job at the same cost; or could sharing a combine with a neighbour work logistically?

A recent arable crop production review carried out on a 400ha farm in the East of England found that the operational cost of growing a hectare of wheat was £387, which was above the average as a result of much higher establishment and depreciation costs.

To tackle this the farm is considering ploughing only where necessary for agronomic reasons and reducing the number of tractors from three to two, bringing in a hire tractor for use at the peak six-week harvest period.

Labour Review of labour profile of a business and how it compares with others in terms of training and skill levels along with cost/hectare, also benefits such as accommodation.