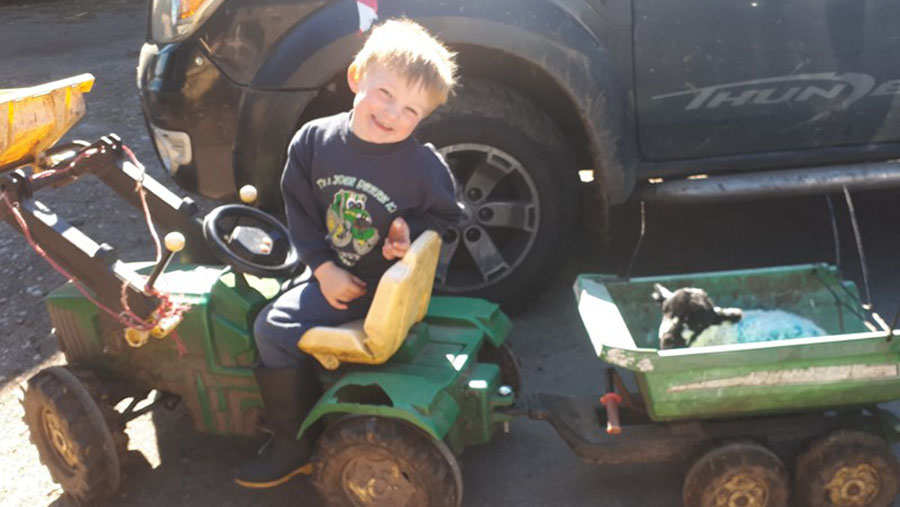 The family of a young boy tragically killed in a farm machinery accident have paid tribute to “the light” of their lives.

Harry Lee died following a collision with a small telehandler-type vehicle on the family farm in Newchurch-in-Pendle, Lancashire, on Monday (8 July).

The four-year-old, who had a passion for tractors and farming, is understood to have fallen from the moving vehicle and been hit by the wheels. He suffered a serious head injury and could not be saved.

In a statement, his family said: “Harry was four years old and the light of our lives. He is a much loved son, grandson, brother, cousin and uncle in his large extended family.

“He never failed to make friends and melt hearts wherever he went, with his cheeky smile and his laughter.

“Harry was born and brought up on a farm and loved the outdoor lifestyle. His passion was tractors and animals. He could name every brand and type of tractor in the area by sight and loved to feed and look after the animals.

“Harry has attended the same nursery for three years and he loved his teachers and his friends. Harry’s teacher admitted that everything she knows about farming and tractors had come from him and that even she could identify the different tractors and the trailers by sight.

“Harry loved listening to music, and insisted on being in charge of the playlist whenever he went out in the car.

“Most of all, Harry was our angel and although it is the most difficult time of our lives, trying to come to terms with his loss, he will always be with us and we will think of him every day for the rest of our lives.”

Sgt Michael Belfield, of Lancashire Police, said: “These are tragic circumstances and my thoughts are with Harry and his family at this very difficult time.

“We believe that Harry fell from the vehicle and was then involved in a collision. Sadly, he suffered fatal injuries and died at the scene.

“His death is being treated as accidental and a file will be passed to the HM coroner.”

In a statement, the Health and Safety Executive (HSE) said the initial investigation showed the boy was killed when he fell from a moving tractor or farm vehicle.

Tom Price, NFU farm safety policy adviser, told Farmers Weekly: “Our hearts go out to the family of the boy. It must be a desperate situation.

“We would urge all members to be mindful of the particular risks that young children face on farms. This latest fatality illustrates the devastating consequences that actions can have.

“It is critical that safety is a priority for every farmer, particularly with reference to more vulnerable people in farming.”

It is the second fatality involving a young person on a farm this week. Also on Monday, Iris Annabel Goldsmith, the 15-year-old daughter of financier Ben Goldsmith, was killed in a quad bike accident on the family farm in Somerset.

The fatality rate is 18 times higher than the all-industry average, according to provisional statistics published by the HSE.

The annual Farm Safety Week takes place next week from 15 to 19 July.