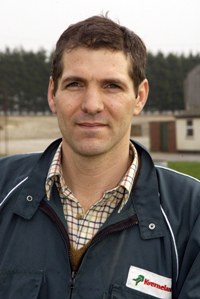 The NFU has said it will lobby hard for the UK to retain the opt-out for the 48-hour working week because it is crucial for farm businesses.

The European Parliament has voted to take away the UK’s opt-out, with MEPs arguing that limiting working hours is good for life/work balance and for health reasons.

The NFU has been fiercely in favour of the opt-out, which it believes allows both employers and employees the freedom to choose their working hours.

The government is also determined to keep the status quo and is expected to join forces with other countries to fight the proposal. A final decision will be taken next year.

The union has said it will be pushing at both a national and EU level for the opt-out to continue, stressing that farms need flexibility if they are to meet the challenge of energy and food security.

NFU vice-president Paul Temple said: “The decision by Parliament represents a major disappointment, but this is not the end of the process.

“The Working Time Directive has been an unusually unpredictable dossier in the EU, as many of the usual mechanisms to secure consensus before the vote in the ‘Plenary’ session were not successful.  Of all the issues raised, the UK opt-out in particular, has famously divided MEPs of all political persuasions.

“Prior to the vote the NFU received assurance from many MEPs that the views of farmers and growers would be represented, yet it was still not clear which way the decision would go.

“The report can now move on for consideration at the EU Council of Ministers, where national governments are expected to make a definitive decision on the thorny issue of the UK’s opt-out. We will be working closely with other farming and employer groups to use the support already gained for the retention of the opt-out and other employment freedoms.”

What are your thoughts – share them on the forums?