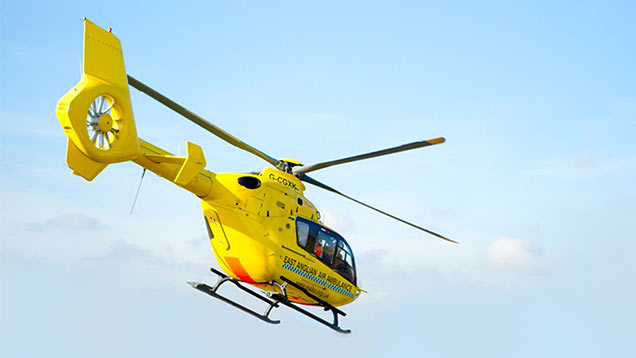 A tractor has been involved in a collision with a group of cyclists, which left one of the group with fractures to his back and ribs and another with lacerations.

The collision took place at Snelson, near Milton Keynes, at about 11am on Wednesday (22 July).

A police statement said a group of cyclists was travelling north along Harrold Road in Snelson, near Lavendon, in the direction of Harrold.

“A New Holland tractor which was towing agricultural equipment was travelling in the opposite direction on the same road. The cyclists and the tractor collided.

“One of the cyclists, a 29-year-old man, sustained a laceration to his back and was taken to Bedford Hospital for treatment.

“Another cyclist, a 42-year-old man, sustained fractures to his back and ribs and was airlifted to Addenbrookes Hospital.”

The driver of the tractor was not injured.

Police would like to speak to anyone with any information about the collision.