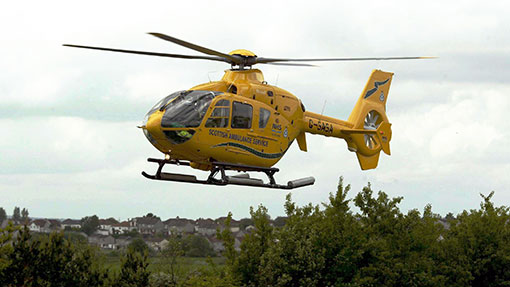 An 18-year-old woman is in hospital in a critical condition after a collision involving a car and a tractor and trailer in the Scottish Borders.

The incident took place at around 1.45pm on Monday 1 June on the A6105, close to the Chirnside Hall Hotel.

Due to the severity of the accident, the patient was attended to by a trauma team and a helicopter.

She was then transferred to the New Royal Edinburgh Infirmary.

The driver of the tractor is understood to have not been seriously hurt.

A Police Scotland spokesman said investigations were continuing into the incident.

Any witnesses are urged to contact Police Scotland on 101 or Crimestoppers anonymously on 0800 555 111.