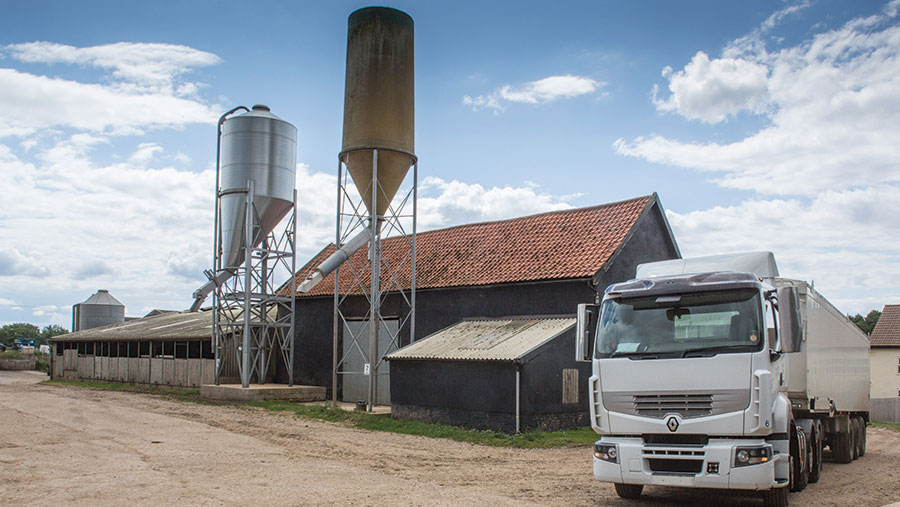 Farm bank borrowing is rising,  farmers are also looking to suppliers for more credit and on longer terms, while investment is being held back in many cases.

This rise of 3.4% on the year is not in itself outside the trend but is almost double that seen between December 2017 and January 2018.

At the same time, uncertainty and caution mean investment in some areas is being held back, while it is falling in others.

UK tractor sales in January and February were down 13% on the same months of 2018 (see panel, right).

In turn the figures for tractor sales at the start of 2018 were down on the previous year because early registrations were encouraged in December 2017 in advance of new emissions regulations coming into force in early 2018.

Tractor purchases are thought to be suffering in particular because they are such a big item of expenditure.

There is no similar clear overall downward trend among smaller pieces of kit, said Stephen Howarth, economist with the Agricultural Engineers Association. Harrows and drills had a good year in 2018 and appear to have started 2019 in similar fashion.

However, plough sales struggled in 2018 and grassland business was more mixed, he said.

Some of these businesses face additional pressure as they are carrying higher stocks in anticipation of possible Brexit-related supply issues.

Brexit uncertainty is affecting farm investment decisions, said Cumbria accountant Rob Hitch of Dodd & Co. Also, while BPS payments had largely been made on time, delays to stewardship payments were biting (see p6), especially in some of the livestock sectors most reliant on support. This in turn would make it more difficult to pay suppliers.

With both feed use and prices having been higher, feed suppliers would be carrying higher debt levels, said Mr Hitch.

AEA economist Stephen Howarth suggested that although February was traditionally the quietest month for tractor sales, the sharp drop could be due to Brexit uncertainty.

NFU chief economist Andrew Francis was less circumspect and blamed the drop in investment on a lack of detail surrounding the Brexit deal. He said the lack of machinery investment confirmed the results of the NFU confidence survey carried out late last year.

“The survey showed 21% of farmers were planning to reduce investment against just 9% who were looking to increase it,” he explained.

The survey looked at short- and medium-term confidence and both measures had become negative in the two years since the UK voted to leave the EU, Dr Francis said.

“This fall is clearly related to Brexit and shows we need certainty over the trade deal and more detail on the Agriculture Bill.”

February tractor sales at lowest level for nearly a decade

New tractor registrations have slumped to the lowest level in almost a decade, according to monthly figures from the Agricultural Engineers Association (AEA).

Just 480 machines larger than 50hp were registered during February – an 18% drop on sales in the same month last year.

It is the lowest monthly figure since December 2010 and the second steep monthly fall in a row, the AEA said.

Compact tractor sales (under 50hp) also fell sharply in February, with a 19% decline compared with the same month in 2018.

The decline in sales comes despite government efforts to boost investment in plant and machinery through tax relief measures introduced in the Autumn Budget.

In October 2018, chancellor Philip Hammond unveiled a temporary increase in the annual investment allowance from £200,000 to £1m.

The relief permits 100% of spending on plant and machinery up to the allowance limit to be set against business income in the year the expenditure occurs.