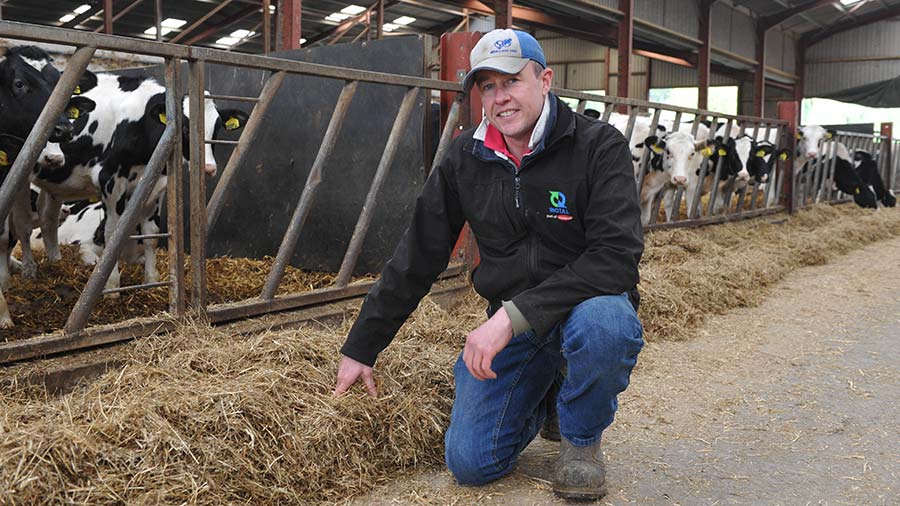 A Welsh milk producer is calling on the UK government to review its policies on foreign workers after his application to become a licensed sponsor was blocked.

Fraser Jones employs 35 full-time and part-time workers at Calcourt Farms, in Powys, where he milks a herd of 1,350 Holstein-Friesians.

The workforce had included 18 Polish staff, but after Brexit only 10 were able to secure settled status, allowing them to continue living and working in Wales.

Mr Jones applied to the Home Office to register for the right to sponsor overseas workers, but this was rejected.

A letter from Sponsor Casework Operations – the government department dealing with applications – advised him that individual employers were not eligible for a sponsor licence through this scheme.

The letter stated: “To be allowed to apply for a licence you must be an overarching body (scheme operator) which is endorsed Defra, and licensed by the Gangmasters and Labour Abuse Authority.”

Mr Jones suggests the rules should be reviewed. “I am a large business with a workforce of 35, but this isn’t considered big enough to qualify as a sponsor, so I must use an agency,” he said.

“When you go through an agency, they take a cut. There are too many people taking a slice of the cake in agriculture as it is, and here is another opportunity for people to live off the backs of farmers.”

When home secretary Priti Patel recently visited his farm, Mr Jones set out a case for a policy change.

“The government needs to realise that, if it wants the supermarket shelves kept full, our industry must have a reliable source of labour,” he said.

Mr Jones said staffing in his business had become a “logistical nightmare’’ since Brexit because many of the new British workers he had recruited wanted to work only limited hours.

“It is a continual challenge. I am spending much more time dealing with rotas and other staffing issues, and it is adding more cost to the business.”

A spokesman for the Home Office responded that, as dairy work was not classed as seasonal, it would not fall within the auspices of the Seasonal Workers Pilot.

This was also an operator-led arrangement, with third-party organisations licensed to recruit suitable workers and place them with UK growers in the edible horticulture sector only.

“These scheme operators are specifically prohibited from sourcing workers for their own use,” the spokesman added.