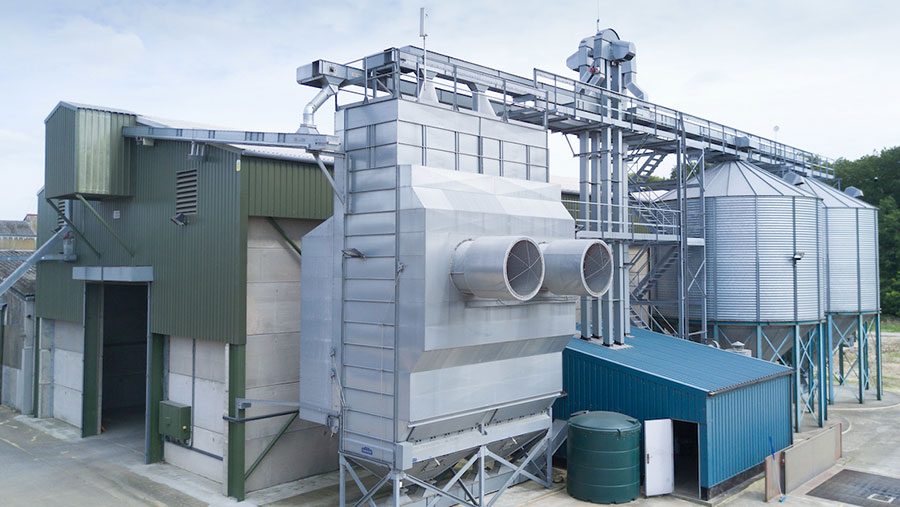 A tax tribunal decision could mean big tax savings for some farmers investing in specialist buildings and equipment.

The tribunal ruled in favour of allowing an arable farmer to treat a new grain drying and storage facility as plant and machinery for tax purposes.

The case is significant as spending on buildings and structures is not normally eligible for capital allowances and means there may be potential for other businesses to claim 100% tax relief on similar specialist buildings.

A spokesperson for HMRC has confirmed that it will not be appealing the tribunal’s decision.

See also: Structures and building allowance – a guide for farmers

The case hinged on whether the steel-framed store could be classed as a “silo provided for temporary storage”, which is eligible to be claimed as plant and machinery, or as HMRC argued, whether the facility was a “building”.

HMRC’s stance was that it only willing to accept that about 20% of the costs should qualify for allowances.

But the First Tier (tax) Tribunal ruled that the whole cost of the structure was eligible for capital allowances as “plant and machinery” within the meaning of the Capital Allowances Act 2001.

The tribunal concluded that the whole structure, not just the moveable items within it, were integral to its function of drying, conditioning and the storage of grain until it was to be sold.

It was noted the structure cost about double what a general purpose agricultural building would have cost and is unsuitable for use as a livestock building.

The tribunal was also happy to accept that the storage was temporary.

Martin Rossiter, partner with accountant RSM, said the case did not mean it was now open season for farmers to claim allowances against any building used to temporarily store grain.

The case had been successful because of the specialist, integrated nature of the facility, which was performing a function beyond simply being a building.

But for farmers who had installed, or were about to install similar specialist buildings, the case was significant.

Under the new Structures and Buildings Allowance, it is possible to offset 2% of buildings costs each year for the next 50 years, he said.

But if the investment could be classed as plant and machinery – and with the Annual Investment Allowance currently set at £1m/year – it may be possible to offset all costs in one year, which could lead to a big tax saving.

If profits were smaller, then the losses would be carried forward, so the benefits were not lost.

Mr Rossiter said anyone who had built a specialist grain store in the past decade should look into whether it would be worth revisiting their tax returns to ensure they had maximised their allowances.

“But be aware that the level of the Annual Investment Allowance has changed over that period – so it might not be possible to get the full amount.”