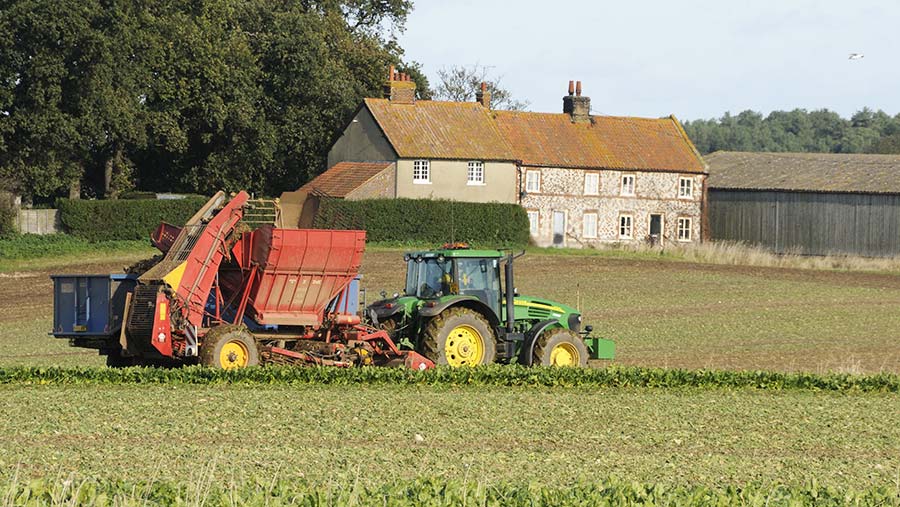 County councils need to create more opportunities for tenants to progress to larger units instead of focusing solely on new entrants.

George Dunn, Tenant Farmers Association chief executive, made the point at an all-party parliamentary group on agroecology session about the future of county farms on Monday (29 April).

Despite county farms often being associated with new entrants, the Agriculture Act 1970 (the last piece of legislation to reference local authority smallholdings) states that councils should “provide opportunities for persons to be farmers on their own account”.

Mr Dunn said: “This is not just for new entrants. It’s about progression and ensuring farmers don’t fall off the conveyor belt after the tenancy ends.

“Local authorities need to look at the structure of their estates, and ensure they have twice as many progression units as the starter units so tenants have somewhere to move onto when they are ready.”

Councils should also promote their tenants for opportunities that arise with other landowners, such as the Duchy of Cornwall and the Duchy of Lancaster, he said.

Rent should not be the determining factor throughout the county farm tender process, Mr Dunn added. Instead, applicants should be assessed on their ability to farm and manage the unit.

Defra’s most recent report on local authority smallholdings showed the amount of farmland owned and let by councils in England decreased by almost 3% during the year to March 2018.

“The farms remain a large and important asset but we have got to defend what we have and stop selling it off,” said Mr Shrubsole.

Shadow Defra secretary David Drew suggested that the government needed to pass legislation to prevent councils from selling off any more of their land.

“I don’t think any authorities have sold for any other reason than that they need the money so we have to put some money into it,” he said.

However, not allowing councils to sell at all could result in councils rushing to sell holdings before the legislation was passed and also the loss of strategic management plans, countered Mr Dunn.

“We need a great deal of accountability to ensure local authorities are getting best value for public money, which is what they are supposed to be doing,” he said.

Cambridgeshire County Council decided not to sell its farms estate in 1992 based on a vote with a majority of one. It now owns the largest estate in the country, letting 32,593 acres in 80 holdings.

The council made a surplus of £4.85m in the most recent financial year, all of which will be returned to frontline services, but has to make a quarter of a billion pounds’ worth of savings cumulatively over the next five years.

Hugo Mallaby, rural asset manager for Cambridgeshire County Council, said: “The council has to take a commercial view, make sure we have the right people on the farms and be ruthless about who we choose.

“There should be a tender process but the best candidate has the best ideas and can show how they will be delivered through the business plan.”