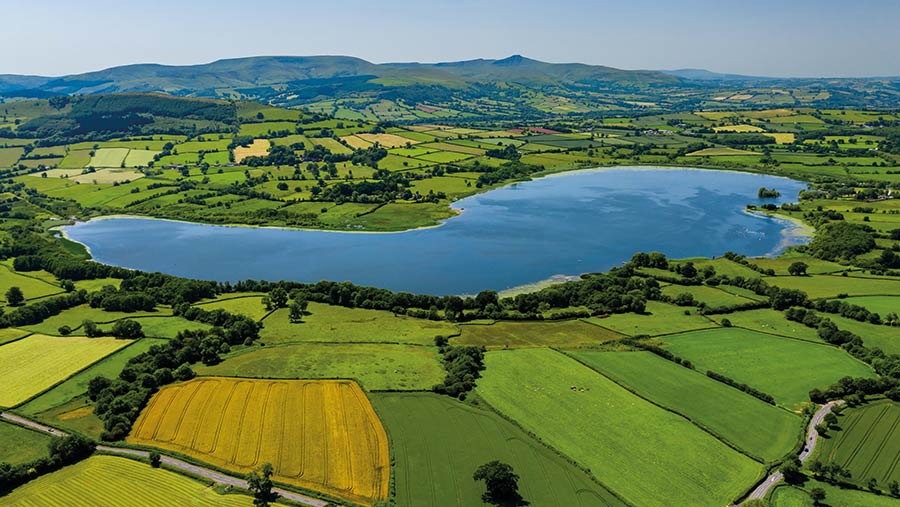 The area of land owned by local authorities in Wales has fallen by almost 5% in just one year, a government report has revealed.

The latest Annual Report on Smallholdings in Wales covers 1 April 2018 to 31 March 2019 and was produced by the Welsh government based on statistical information provided by the country’s 22 unitary authorities.

As of 31 March 2019, the total area of land held by local authorities in Wales for smallholding purposes was just over 38,719 acres, of which approximately 32,675 acres were let as smallholdings with a house and/or buildings.

In comparison, last year’s report showed land held by local authorities was just over 40,626 acres, almost 5% more, of which 33,631 acres were let as smallholdings.

The data from the Welsh Agricultural Survey for June 2019 gives the total area of farms and common land in Wales at almost 4.7m acres, suggesting the smallholdings account for approximately 1% of the land.

Those that owned the least were Rhondda Cynon Taff – which recorded 0, despite having 676 acres in the previous year’s report – Cardiff (4 acres), Bridgend (62 acres), Merthyr Tydfil (102 acres), and the Vale of Glamorgan (120 acres).

No land was acquired in the year April 2018 to March 2019, while six councils disposed of land:

During the period covered by the report, local authorities in Wales provided 978 smallholdings, of which 618 were smaller than 49 acres and 225 were 49-100 acres. There were 135 holdings of more than 100 acres.

There were 886 tenants, some tenants of multiple farms, with 913 tenancies on 978 holdings.

Of these, 436 were farm business tenancies, 208 were Agricultural Holdings Act tenancies and 269 were other tenancies.

What the TFA says

George Dunn, Tenant Farmers Association chief executive, said the year-on-year reductions in the amount of land held by smallholdings authorities in Wales is a significant concern and should be of more concern to the Welsh government.

“There appears to be no strategic thinking from the Welsh government to ensure the protection of these important farms, both for the benefit of the agricultural industry and the wider public benefits,” said Mr Dunn.

“The government should be taking a stronger hands-on approach to both support and challenge local authorities in Wales over the management of smallholding estates.”

In particular, he said, local authorities should be required to demonstrate how they are delivering best value through the management of their estates for council tax payers, and the disposal of farmland should only be permitted as part of a properly constituted estate strategy.

“The Welsh government is planning to come forward with a White Paper setting out plans for future farm policy later this year, and we would very much like to see the role of county farms given priority within that report,” he said.