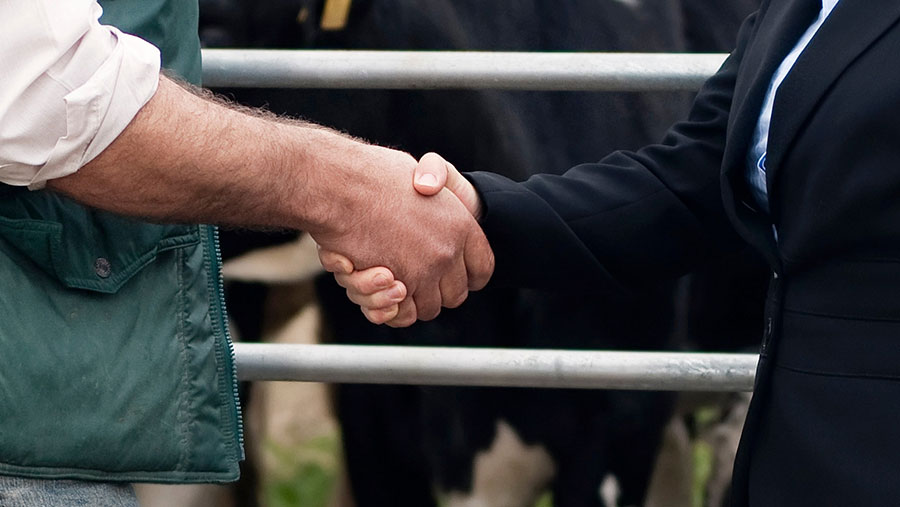 A long-running dispute between a Scottish estate and the tenant farming couple it wanted to evict has been resolved.

Tenants David and Alison Telfer will be allowed to stay at Cleuchfoot Farm near Langholm, Dumfriesshire, after an agreement was reached with the former landowner and the farm’s new owner.

The resolution marks the end of a bitter battle which began when the Telfers were told their short-limited duration tenancy would not be renewed by then landowner the Duke of Buccleuch’s estate.

The estate planned to sell the farm and adjoining hill ground with vacant possession for about £600,000 and wanted the couple to leave.

However, Mr and Mrs Telfer had been given verbal assurances by the previous Duke of Buccleuch that they would be allowed to remain at the farm until they retired.

Despite the estate granting a new tenancy until November 2019, which was 21 months beyond the end date of the previous lease, the couple continued to resist.

Their fight drew support from MSPs and a public petition attracted 89,000 signatures in support.

The deadlock between the parties was finally broken after tenant farming commissioner Bob McIntosh was called in last year.

Over the past 12 months Mr McIntosh has brokered a deal with the new owners, timber company James Jones & Sons Ltd of Lockerbie, which allowed the Telfers to continue farming part of the land until they retired.

Mr McIntosh explained that landlords were entitled to take back land at the end of a fixed-term tenancy.

“But there was an extraordinary set of circumstances in this case where there was a dispute over what had been discussed previously in terms of the length of occupancy.

“We are pleased that, through collaborative discussion, a satisfactory outcome has been achieved for the tenant, the new landlord and all other parties,” Mr McIntosh said.

Mr Telfer thanked all parties for coming to a resolution.“We are pleased to be able to continue to live and work on, at least part of, Cleuchfoot until our retirement,” he said.

The Scottish Tenant Farmers Association added that it welcomed the outcome.

STFA chairman Christopher Nicholson said: “If the Telfers had not been prepared to stand up and make their case to the commissioner they would likely be leaving their farm, home and livelihood this year.

“The lesson is clear, tenants need to be prepared to take their cases to the commissioner when they find themselves in difficult situations.

“It shows how the commissioner can help tenants who believe they have been put in an unfair position by their landlord, and credit is due to Bob McIntosh and the Scottish Land Commission,” Mr Nicholson said.

He also praised regional MSP Joan McAlpine, who had fought on behalf of the Telfers and gave credit to the new owners, James Jones & Sons, for extending the lease, despite being under no legal obligation to do so.