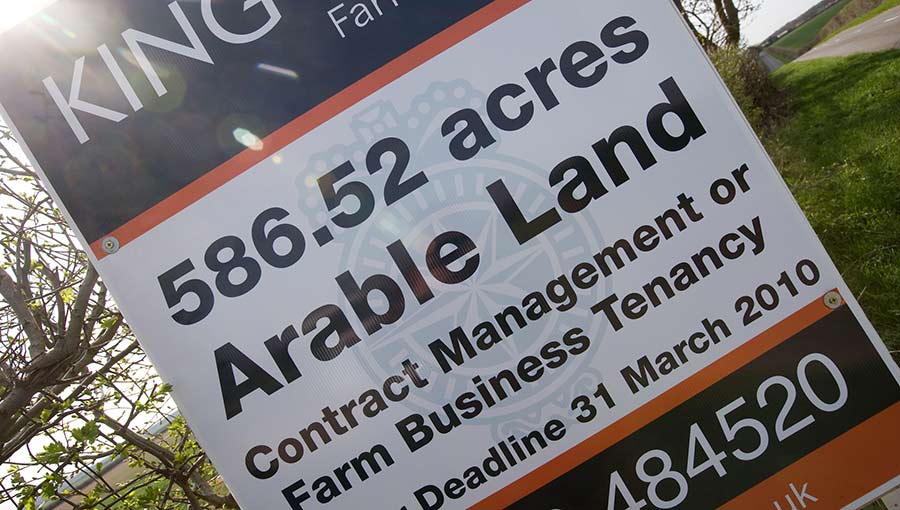 The Tenant Farmers Association has fired a warning shot at landlords seeking a rent increase this spring, warning that discussions need to be “sensible” given the level of uncertainty surrounding Brexit.

The TFA said the majority of landlords chose not to proceed with rent reviews in the autumn, which was the right approach given the effect of Brexit was still very much an unknown.

“Each case needs to be looked at on its individual merits, but where landlords take an aggressive approach this spring, we are encouraging tenants to discuss the continuing uncertainty and to seek a shared vision for addressing change post-Brexit,” said TFA adviser Caroline Foot.

See also: So you want to let land and property

“Where landlords push forward with rent reviews regardless, I would suggest pressing for the landlord’s evidence that supports the increase they are proposing. In many cases the increases proposed seem to be unsupported by genuine evidence.”

Miss Foot acknowledged reaching a pre-Brexit agreement on the rent might be appropriate for some tenants, but said the TFA did not want to see tenants forced or scared into agreeing to inappropriate increases.

“We are still not in any clearer position to agree appropriate rents for the next three years, while Brexit terms are unclear.

Ms Foot said tenants who had not been served a rent review by their landlord could think about serving one themselves, so they have the flexibility to open discussions about a rent reduction once things become clearer.

“If you have had regular reviews and you feel like your rent is at the higher end, then it would be worth serving a notice to protect yourself post-Brexit,” she said.

“At the moment it is looking more likely Brexit will have a negative impact [on agriculture] than a positive one.”