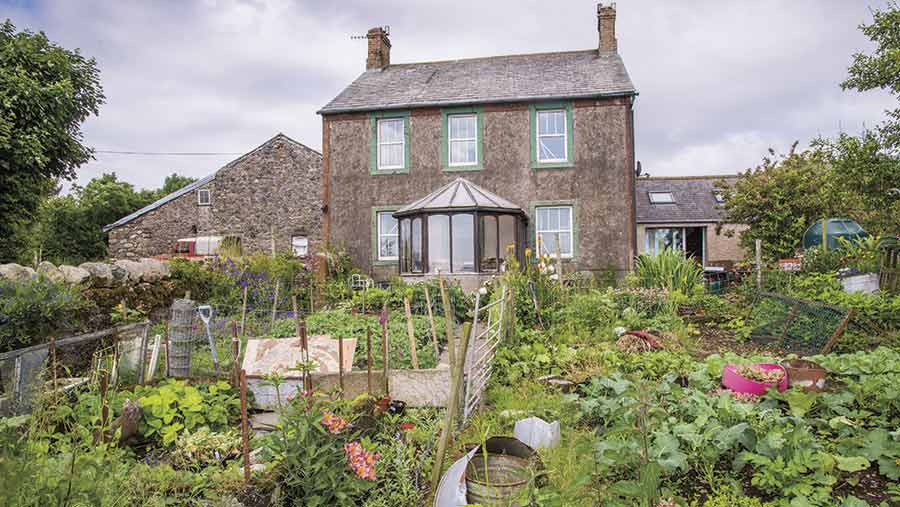 Locations with a commute to the capital of more than two hours are in the picture as buyers seek homes away from the crowds, which can also mean getting more for their money.

This means that Herefordshire, Worcestershire, Warwickshire, Devon, Northamptonshire, Dorset and Yorkshire are registering with those who want a country life.

More traditional locations such as Berkshire, Wiltshire, Hampshire, Sussex, Oxfordshire and the Cotswolds continue to be among the most popular.

Small agricultural units with mixed use (residential and established business use), usually equipped with buildings and land, are in hot demand and can mean significant stamp duty savings compared with properties that are residential only.

The trend is also driving more sellers to consider how best to lot their farms for sale to appeal to a broader market.

A change in lifestyle

Strutt & Parker partner Charlie Evans said the lifestyle market was seeing people look further west outside the main commuter belt because they don’t need to be in and out of the City every day.

Knight Frank’s head of regional farm sales in the South West, William Morrison, said that schools, rail links and broadband connections are all important factors and that working practices were changing.

“Life is changing and I think people will be more flexible and working from home a bit more,” he said.

“People who buy farmhouses south of the M4 and west of Basingstoke are not going to London every day of the week, but communication has improved so they can live a bit further west.”

“That’s partly because some buyers are deliberately avoiding population centres, but communication is better and it’s easier to work from home. In certain locations you get more for your money while still coordinating your work life.”

Figures from Mr Lawson’s firm show that average farmhouse values in the West Country and East Anglia are £200,000 less than ‘inner commute’ counties such as Kent and Essex. Average values halve in the Midlands, northern England and Scotland.

Buyers who can show that they intend to use their purchase commercially as well as a for residence pay 5% stamp duty instead of 12% or 15%.

David Hebditch, partner at Carter Jonas, said this was leading buyers to look at farms that are equipped with buildings and stables rather than dwellings in isolation.

He said that a typical lifestyle purchase of a farmhouse with 70 acres and buildings in the West Country would cost £1.5m, but with mixed use applied it would save the buyer £30,000 in stamp duty.

“Buyers see the advantage of owning land as well as a house,” he said.

A good farmhouse is important when selling a larger farm where a grand family home reflects the size and standard of the holding, but not every buyer wants an eight-bedroom, Georgian showstopper, says Woolley & Wallis partner Richard Nocton.

“But most farming buyers want the value of the farmhouse to be a lower proportion of the purchase price so they are getting more land and buildings for their money.”

Lifestyle buyers place more importance on the house, but that doesn’t always mean it has to be finished.

However, Charlie Evans said that there was a noticeable movement of lifestyle buyers who wanted ready-to-go property.

“There’s definitely been a trend for people wanting to have farmhouses pretty much done up to move straight in,” he said. “The convenience culture we’re living in has been a growing trend over the past five years.”

A pet hate of buyers was having to undo recent work carried out by the seller, he said.