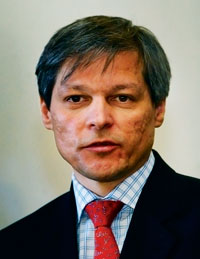 Widespread ignorance of the Common Agricultural Policy and the benefits it brings is isolating agriculture and jeopardising the future of European farm support.

Speaking after the launch of the debate on the future of the CAP on Monday (12 April), European agriculture commissioner Dacian Ciolos said it was vital to spread the word on the CAP’s achievements.

The policy accounts for 42% of the total European budget and is expected to come under severe pressure during negotiations for reform in 2013.

Referring to a recent opinion poll which showed only 30% of the European public had heard of the CAP – even though 90% said farmers should be entitled to support – the commissioner said people’s knowledge of CAP had to improve.

“The policy is only understood by a few experts,” he told MEPs at a Future of Farming conference in Brussels on Tuesday (13 April). “We can’t go on like this and think the public will support us and we can’t afford to fail with these CAP reforms.

“The way we implement the CAP must reflect the transparency we owe the electorate.”

Commissioner Ciolos appealed to all states for ideas for reform of the CAP ahead of a summit conference in Brussels in July. He said he would announce his conclusions in early November.

The commissioner’s plea for education on the CAP was echoed by Paulo de Castro, the chairman of the European Agriculture Committee.

Speaking after the conference he said: “It’s not just 10m farmers who benefit from the CAP, its 500m citizens. It gives us food security, animal welfare and is an important part of the climate change solution. We need to show the public how the money is being used.”

And Scottish MEP Struan Stevenson, who chaired one of the conference sessions, added: “We need the public to back the CAP or the cash will be drafted off to pay for a European army or some of the grandiose schemes pouring out of the College of Commissioners.”

Scotland will host a visit by the commissioner and Mr de Castro during the Royal Highland Show in June.