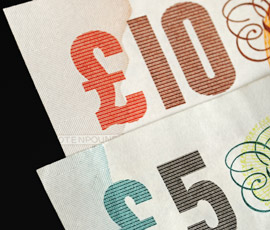 Consultants at Cereals 2013 delivered a stark warning for growers that the physical and financial results for arable farms are in a wider range than ever after the appalling conditions of 2012 and the poor start to this year.

Most vulnerable are those growers with high cost production systems through inflated rents or investing heavily in new equipment.

Andersons’ results and predictions for its Loam Farm model – a notional 600ha combinable crop business with some rented land – show a profitability gap of £146,000 across the 2012 and 2013 seasons for the same farm in different locations.

Loam Farm in the north and west is expected to make a business margin (after production costs, drawings and single farm payment income) of £132/ha from the 2013 harvest, after having to fallow some land, increasing its spring cropping acreage and paying higher FBT rents as well as a yield drop.

This compares with a business margin of £268/ha for the same farm business located in Suffolk where conditions have not been as wet as those further north and west.

While 2011 produced the highest ever recorded profit, this created a tax liability that for many was payable this year, increasing cashflow pressure. Rising rents, investment and depreciation are key factors on the costs side and Loam Farm’s own FBT rent rises from £300 to £370/ha from September this year.

Realistic budgets and early engagement with bankers was crucial, said head of business research Richard King. “While good management cannot solve the problems caused by the weather, it can mitigate the worst effects on businesses.”

Looking beyond immediate problems, expansion was still the right route for some but he cautioned against ramping up cost structures that did not generate extra profit.

Improvements could often be made which were far more likely to improve returns. These included a focus on target crop yield and specification, knowing which areas and crops contributed to profit, better timeliness, having a long-term business strategy and improving machinery and labour efficiency

“While many farmers may have already reworked their original 2013 budget and cash flow figures, it may be important to revisit these as yield potential becomes clearer or known,” he said.

“These figures make uncomfortable reading, showing not only the scale of the impact that physical effects can have on cash flow, but also the length of time they can take to feed through,” said Mr White.