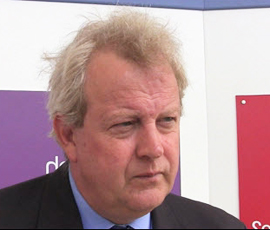 Farmers could be left at a disadvantage by the government’s stance on CAP reform, warns Harry Cotterell, president of the Country Land and Business Association.

A DEFRA deal means English growers and livestock producers could be left 25% worse off compared to their French counterparts, claim farm leaders.

Concerns centre on modulation – the redirection of money from direct support under Pillar One to rural development programmes under Pillar Two.

The difficulty of meeting an end-of-June deadline for a CAP reform deal should not be under-estimated, said Mr Cotterell at the 2013 Cereals event in Lincolnshire.