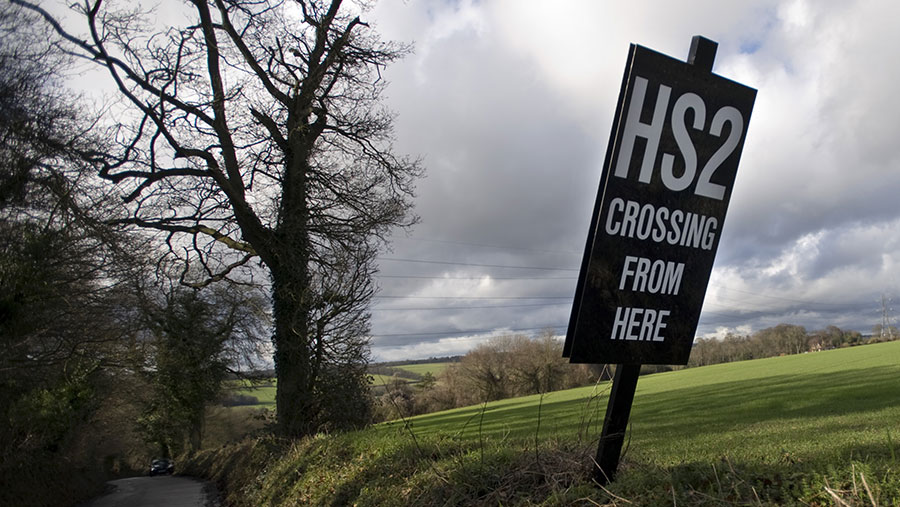 The Country Land and Business Association (CLA) has condemned a government U-turn on plans to force developers to pay compulsory purchase (CP) compensation to landowners faster.

The government had pledged to streamline the payment process to get money to landowners when the land was taken and changes are due to be introduced in April.

It also agreed to impose a punitive interest rate to force them to pay more quickly.

However, Theresa May’s Cabinet is now baulking and, while it has gone ahead with streamlining the payment structure, it plans to only to review the interest rate.

The CLA’s chief surveyor Andrew Shirley said this means the current interest rate paid on compensation to the landowner would remain at 0.5% below base rate.

“As the base rate is currently 0.5% it means there is no interest payable on compensation and no incentive whatsoever for the acquiring authority to pay up.

“It means that delays to payments will continue to cripple small rural businesses.”

Farmers and landowners facing CP orders can wait up to 10 years to receive payments for land taken for infrastructure projects, according to the CLA.

One reason given for the delay has been a complex payment structure but evidence shows that acquiring authorities have been slow in ensuring landowners are paid, said Mr Shirley.

He added the government decision to review the earlier commitment on interest rates had been outlined in a letter to the CLA.

The letter stated that “on the possible unintended consequences of the previously proposed rates” the government needs to consider “potential gaming risks” before finalising its approach.

It added the government needed to “engage further with stakeholders to review the interest rate arrangements, for compensation outstanding after the date of entry and advance payments of compensation paid late”.

But Mr Shirley was puzzled by the term “gaming” used as a reason to withhold the interest rate change.

“We don’t recognise this term and are seeking clarification.”

The CLA president Tim Breitmeyer has written a letter to housing minister Dominic Raab which calls on him to implement the interest rates alongside other reforming measures due to come into force on 6 April 2018 and before HS2 purchases begin in July.

It is simply not right to take any person’s property and fail to pay them. If they do not receive timely compensation they need to borrow to relocate or reinvestTim Breitmeyer, CLA president

Mr Breitmeyer said: “People affected by projects like HS2 have already suffered serious disruption to their businesses and lives.

“It is simply not right to take any person’s property and fail to pay them. If they do not receive timely compensation they need to borrow to relocate or reinvest.

“This puts them under immediate financial pressure and makes it impossible to move on and rebuild lives and businesses.”

He added: “The government committed to making the system fairer. This open-ended review means the reforms risk failing to deliver meaningful change in the behaviour of acquiring authorities as promised. Without a punitive rate of interest in place they have no incentive to change their practices, which are characterised by delays and late payments.

“Reneging on this promise significantly undermines the chance of fair payments not just for those affected by HS2 but by all large national infrastructure projects.”