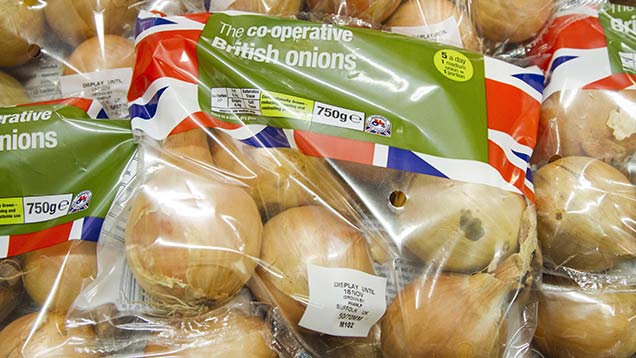 The Co-operative supermarket is pledging to spend 10% more on British produce every year for the next three years for its own-brand range.

This will amount to an additional £146m spent on food from British farms over that period, with the additional produce coming from a mix of current and new farmer-suppliers.

New producer groups will be created for egg producers, turkey producers and vegetable growers, and the aim is for all those supplying the own-brand range to eventually be members of a Co-operative producer group.

Senior agricultural manager for the supermarket Keira Gorst said the biggest challenge to increased sourcing would be in beef, since this was the largest volume category and tended to be made up of a high number of producers.

She said she would consider looking into how the Co-operative’s dairy group, currently standing at 206 farmers, could feed into products beyond liquid milk and whether there was opportunity to further extend sourcing of British lamb.

By openly reporting on progress made, she hoped farmers and growers could gain a better understanding about supply chain challenges from a retailer perspective.

The increase will take the Co-operative’s current spend on home-grown food in its own-brand range from £440m this year to £586.3m in 2017.

The Co-operative Group’s food policy manager Catheryn Higgs said it was a “recommitment” to what the supermarket already did, but that it also had been “time to reconfigure” the business.

Ms Higgs said the decision came after 90% of customers said supermarkets should sell more food from the nation’s farms and 81% of British farmers said retailers should support UK farming by only selling home-grown meat and poultry.

She asked the farming industry to hold the supermarket to account if it failed to deliver on its pledges and said that progress would be reported on in detail annually via the Group’s ethical policy report.

The Co-operative, the UK’s fifth biggest supermarket (with a 6.4% share of the grocery market) , has a good track record for buying British.