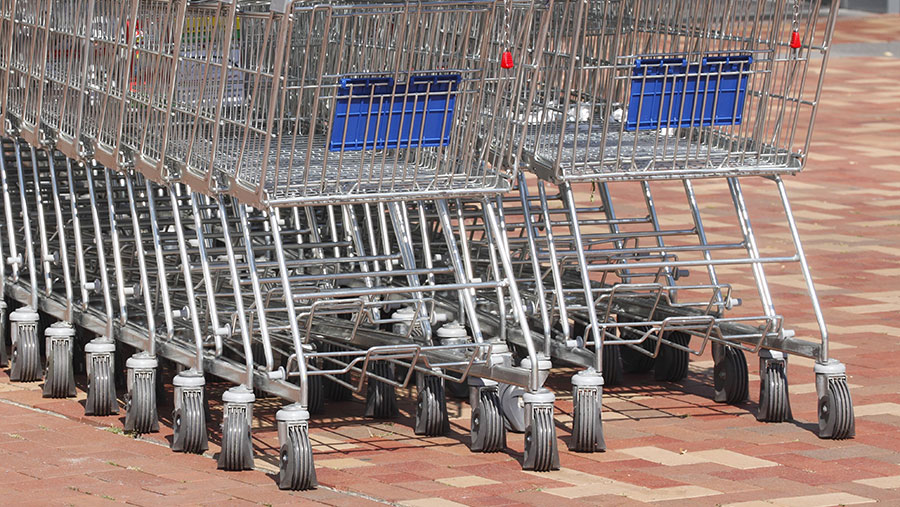 A coalition of food, farming and fair trade organisations has called on the EU Commission to persist with plans to introduce legislation that would curb the power of large retailers and buyers.

The EU Commission has been considering a range of measures to tackle the imbalance of power in the food supply chain which include a tighter voluntary code of practice and possible legislation.

Mr Hogan said: “Farmers are the first link in the chain and without them, there would not be food to process, sell and consume.

“However, we notice they often remain the weakest link. It is to address the shortcomings in the food supply chain that we are leading the way to act, in accordance with the commission’s longstanding position to stand by European farmers.”

He added the commission was “assessing the necessity and expedience of possible measures to be taken at the EU level to address or regulate unfair trading practices”.

But the coalition fears the final outcome will shy away from legislative measures and so lack the clout needed to take on the power of the big corporate food companies.

The group of eight bodies includes the umbrella organisation for farming unions and co-op Copa Cogeca.

The NFU is among the farming unions represented and chief food chain adviser Ruth Mason explained why the coalition felt legislation was the only way to achieve results.

She also said the existing dispute resolution scheme was flawed.

“Crucially the scheme doesn’t provide a guarantee of anonymity to anyone who comes forward with a complaint so they feel exposed to any potential retaliatory measures from their clients,” Ms Mason said.

“And she added that many of the major retailers and buying alliances had not committed to the process.”

Instead she said the coalition believed legislation would:

“Farmers being the weakest link in the chain are suffering and they cannot endure this situation any longer,” the statement said.

“When unfair and unethical behaviour leads to financial gains, only legislation backed by proper enforcement can deliver the necessary results.”

It added enforcement across the full supply chain was paramount to policy coherence and to ensure a level playing field for suppliers whether they were located inside or outside the EU.

The joint statement was signed by: