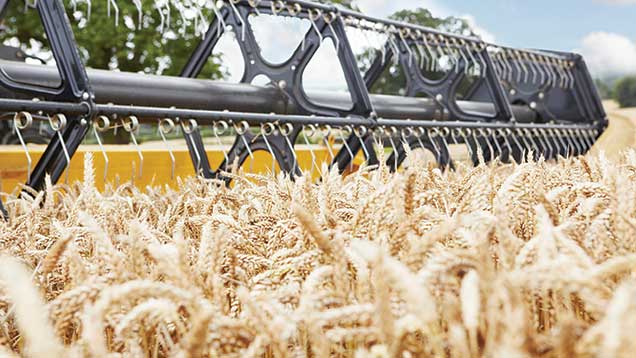 The past few seasons have been a rollercoaster for combinable crop farmers, both in terms of the weather and price. Bumper crops mean world grain stocks have rebuilt, driving prices down, and there is no great reduction in cropped area forecast for the 2015 harvest, says Sebastian Graff-Baker, partner at Andersons.

Unless there is a major weather event in one of the key production regions it seems unlikely that stocks will fall to a level where prices take off again – although it should be remembered current values are not that low, given a longer-term perspective.”

Farmers must therefore organise their system to turn a profit at current prices, says Mr Graff-Baker. “There is a substantial amount of additional profit to be had by being more selective about the way your land is farmed.”

Rather than looking at average yields, producers should be measuring the range of yields on different land, and considering how to improve the poorest areas.

Collaborating with other producers, or using contractors, can also improve the use of new technology and radically reduce production costs.

“Between 10% and 25% of your land will be yielding considerably below the average, with another 10-25% significantly above. You need to understand why yields are lower and what it would cost to increase them,” he adds.

“Where it is not economic to raise them, you’re better off not planting a loss-making crop.”

Producers should also consider changing some of their land from autumn-cropping to a lower-cost, spring-drilled system.

“Spring cropping can spread workload and reduce costs, while providing an opportunity to control weeds and add fertility to the soil,” he says.

Many producers have taken on additional land to spread overheads, but expansion is often not the answer, warns Mr Graff-Baker.

“With rent tenders often more than £250/acre, it is simply unaffordable at current prices. Taking on more land also dilutes focus on the core farm, so you must be ruthlessly selective about the land you crop.”

Travelling costs are also often forgotten. “Including labour and machinery, travelling to off-lying land costs at least £30/hour – spread over a season you can add substantially to the costs of the whole operation,” adds Mr Graff-Baker.