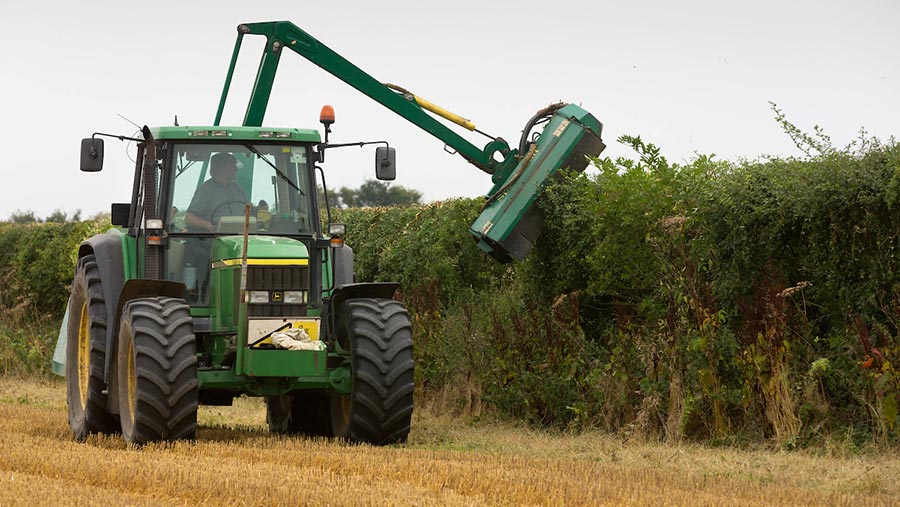 Defra farm minister George Eustice has hinted his department may consider derogations after Brexit to allow some farm contractors to trim hedges in August.

Currently, EU cross-compliance rules mean that Defra has to implement a ban on cutting hedges and trees on farms during the bird rearing season, which in England is primarily from March to August inclusive.

Northamptonshire farm contractor Bob Rutt, who has been leading the campaign on behalf of farmers and contractors to overturn the August hedgecutting ban, wrote to his local MP Tom Pursglove last autumn urging him to raise the issue with Mr Eustice.

In a letter dated 22 January and seen by Farmers Weekly, Mr Eustice replies to Mr Pursglove stating that coming from a farming background, he understands Mr Rutt’s concerns.

The minister also states that “we must continue to respect the requirement to protect birds during their nesting and rearing season”.

However, Mr Eustice says the Agriculture Bill constitutes the first major agricultural reform in the UK for almost 50 years and will “allow us to break from the cross-compliance rules of the EU’s common agricultural policy”.

He writes: “[It’s] a unique opportunity to devise a new Environmental Land Management system where the government will work with farmers, land managers, environmental experts and stakeholders to test and trial new approaches and investigate innovative mechanisms for delivery of environmental outcomes.”

Mr Eustice signs off the letter in his own handwriting, telling Mr Pursglove: “We may look to have other derogations once we are free to review.”

In 2017, Farmers Weekly delivered a petition with more than 2,000 names, backed by the NFU, CLA and Tenant Farmers’ Association, to Defra’s head office in London, urging the department to overturn the August ban.

The ban, which was introduced in 2015, has proven deeply unpopular with contractors as it forces them to sit out August – a month when they would previously follow the combines around and trim hedges after harvest.

But evidence from Natural England and the RSPB shows that some farmland birds, such as the blackbird, whitethroat, goldfinch, bullfinch and yellowhammer, rear and have late broods during August.