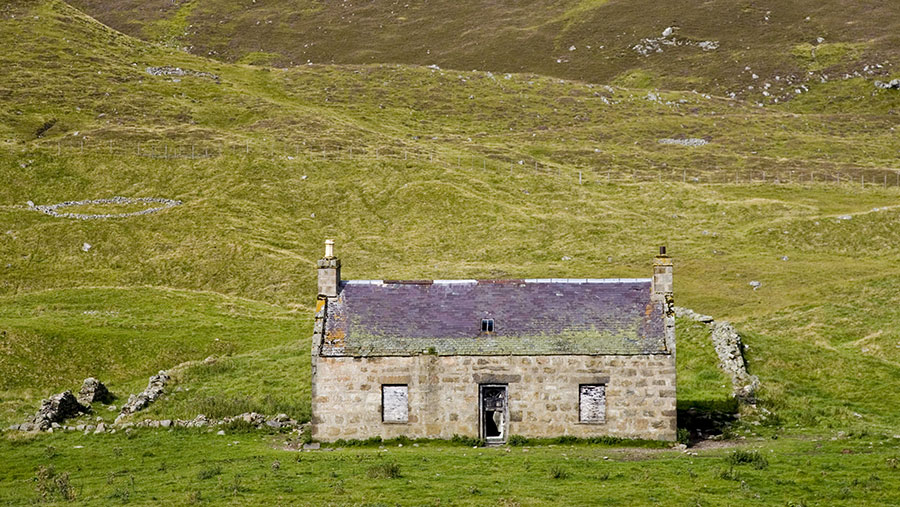 The Scottish Land Commission is developing proposals to give local authorities compulsory sale powers for derelict buildings and vacant land.

The commission says the compulsory sale orders (CSOs) will enable councils in Scotland to take over abandoned buildings and small plots of land and sell them by public auction, to bring them back into productive use.

According to statistics published by the Scottish government, there is 12,435ha of vacant or derelict land in the country, and the land commission wants to make better use of it.

Hamish Trench, chief executive of the Scottish Land Commission, said: “If we want Scotland’s land to become more productive, efficient and equitable, we must consider tools and mechanisms such as CSOs to address the problem of vacant and derelict land.”

The land commission, established under the 2016 Land Reform (Scotland) Act, will consult publicly on its proposals, before they are considered by the Scottish government.

The proposals will describe the purpose of the powers, how they might operate, and the conditions under which they could be triggered, and fully comply with the European Convention of Human Rights.

Scottish Land Commission policy officer Kathie Pollard says the sites in question are often seen as an eyesore, and can be victim to vandalism.

“A local authority that decides a vacant site could be put into an active use because it is in the best interest of the wider community, should be empowered to do so,” Ms Pollard said.

“There are plenty of questions around how a CSO would work in practice and other complexities, which are currently being teased out in robust discussion and research.”