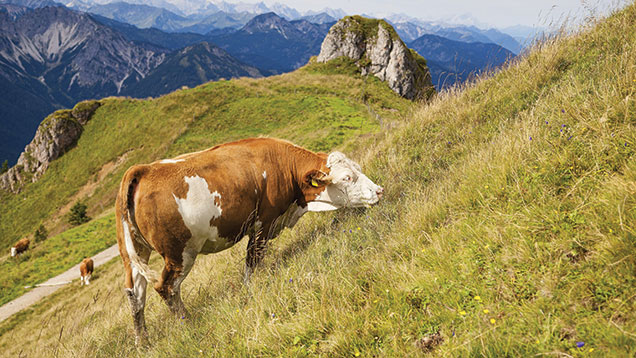 Dairy farmers around the world are more used to clubbing together for fairer milk prices than here in Britain.

Collective bargaining through producer organisations (DPOs) – legally constituted groups that can negotiate contracts on the farmers’ behalf – has not caught on in the UK.

While the UK has plenty of representative groups for milk producers, no formal DPOs have been set up so far.

What is a DPO?

It is a group of at least 10 dairy farmers (or producing 6m litres of milk) who can negotiate contract terms and conditions with a milk buyer or buyers. They must be registered with the RPA, have a specific aim and meet set standards of governance and representation. This exempts them from some competition law.

How’s that different from a co-op?

A co-op takes ownership of the milk, but a DPO simply negotiates the terms and conditions of farmers’ contracts with the processor.

What are the advantages?

This could deliver better milk prices, or at least fairer terms, though it is hard to quantify.

The group can also be a way for farmers to share information and knowledge.

Milk buyers are not obliged to acknowledge DPOs. The value to the whole chain can be hard to see. There are also running costs.

What we can learn from… Germany

The country’s collaboration ethos is strong, with about 70% of the 25bn litres of milk produced each year going through co-operatives. Of the other 30%, more than half is handled through more than 100 DPOs.

But the success of these structures did not come overnight – it’s a bit more historical.

Ludwig Börger, head of the milk unit at the German Farmers’ Association, says his country’s farmers are used to negotiating with milk buyers through representatives. This meant the raft of EU dairy laws in 2012 did not have a huge effect.

“The farmers are quite well organised,” Mr Börger says. “In Germany the milk package (which introduced DPOs) was not a big discussion because we already had implemented measures like this.”

But Mr Börger says DPOs work by delivering real value, as well as other benefits.

“If you see the [milk] price of the private dairies in general it is slightly higher than the price paid from the co-operative dairies,” he says.

“Of course it is also the possibility for farmers to come together to share opinions and share production systems.”

What we can learn from… Australia

Farmers on the other side of the world are also joining forces for better prices.

Australian milk producers do not have the formal bureaucracy of EU producer organisations but have their own version – collective bargaining. By registering with the authorities, groups of farmers can get around the country’s strict competition laws and negotiate contracts with one voice.

Claire Miller, manager of policy strategy at levy board Dairy Australia, says there are only about 19 collective bargaining groups so far.

But she says they are particularly important in areas such as northern New South Wales and Queensland, where dairy farmers have a limited choice of private buyers to sell to.

“It is about a sense of getting control of their business and their future,” Ms Miller says. “They are not just passive recipients of whatever price they are given.”

Ms Miller says having the initial idea of forming a bargaining group is not the hard part; that is following through and building the right structure. Key decisions include whether someone is appointed to run the group and how it should be funded.

“It is not just about price. We encourage them to think about other things they can use as bargaining chips, like reducing transport costs and consistent milk quality.”
Claire Miller, Dairy Australia

“They need to have a lot of time and resource, not just for getting the group in the first place but maintaining it,” she says.

Dairy Australia has produced a glossy booklet to explain to farmers what they can gain from bargaining with their milk buyer.

A central messages is that farmers must bring something extra to the table, ensuring both sides can benefit.

“It is not just about price. We encourage them to think about other things they can use as bargaining chips, like reducing transport costs and consistent milk quality,” Ms Miller says.