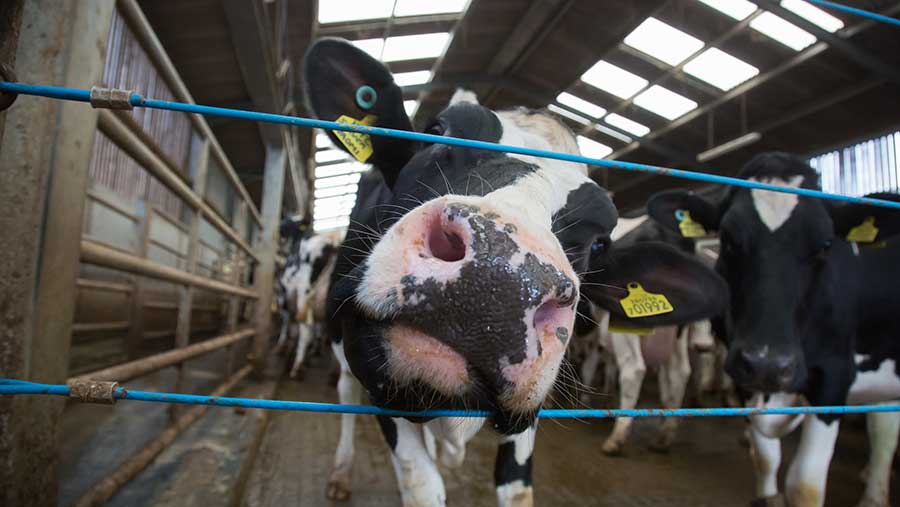 Dairy farmers across Europe are finally gaining confidence to pick up production, as milk prices continue to rebound, a report has found.

Rabobank’s latest update says EU farmers pumped out 1.1% less milk in the first three months of the year, compared with 2016.

This was because of dry, colder weather and the milk market not giving enough of a spur.

But, Rabobank predicted, production should start growing in the second half of this year and into 2018.

Prices have been moving upwards: the UK average milk price in April was 27.03p/litre, up 5.4p/litre on the year, Defra figures showed.

Surging world demand for butterfat products such as butter and cream has recently been the driver, which Arla referred to in its price rise announcement this week.

But the recovery has been tempered by lower returns from protein products such as powders.

“The weak production growth in the EU, at a time of year when butterfat levels are naturally depressed, and the strong demand growth in the US, have contributed to a global shortage of butterfat, forcing prices of butter and cream to exceptional levels,” said Rabobank global dairy head Kevin Bellamy.

“In the short term, to alleviate the pressure, processors will certainly be tempted to move farmgate prices up to encourage more butterfat supply.”

Looking more broadly, AHDB Dairy has reported the global milk market had moved back into growth, after almost a year of declines.

From January to April, milk deliveries totalled 94.3bn litres – just ahead of 2016.

With good margins over feed, US farmers will be encouraged to up their output.

The mood in New Zealand is the best for three seasons, with a much higher farmgate price and good weather at the start of the milk year.

On the demand side, the bank found, Chinese buying would need to grow “dramatically faster” in the second half of 2017, which could take imports up 20% over the full year.

“The cycle that started in 2013 has now come to an end,” Dr Hemme said. “And we shall be prepared for the next one.”