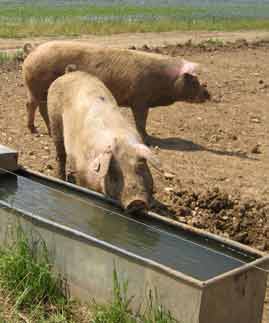 A change in the Danish pig sector could be seen within the next three years, as increasing numbers of farmers are moving into a free market rather than remaining in a cooperative, explained Henrik Lauritsen, Tican livestock procurement manager.

“Already there has been a shift in the number of farmers exporting pigs to Germany for finishing because of lower feed costs and the tax benefits,” he said.

But, as the number of pigs moving to Germany increases, Tican has begun sourcing pigs from the free market.

“We are sourcing 2-3000 pigs a week in the free market and although we have our own supply bases from 470 farmers, we top up with these pigs so our slaughterhouses are running at full capacity,” explained Mr Lauritsen.

However, because Tican is a cooperative, farmers have to supply all their pigs and to get out of the contract a two year notice is required.

“Within the next three years the debate will be finalised and by then we may have a new direction. The way farmers are trading demonstrates they are becoming more like business men rather than farmers,” he said.