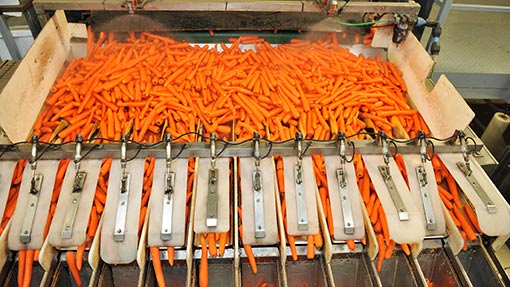 British growers will not be able to claim EU compensation for losses they suffered from Russia’s fresh produce imports ban, Defra has confirmed.

Earlier this month, the EU launched additional measures to support fruit and vegetable producers affected by the Russian trade embargo.

The new measures allowed all producers in the EU to claim compensation for produce of up to 3,000t lost as an indirect impact of the Russian trade ban.

The NFU and other industry stakeholders had urged the government to implement the scheme in the UK due to “distortion of markets on the back of the Russian trade ban”.

But in a letter sent to the NFU, Defra stated: “Ministers do not believe that destroying edible UK produce would be an acceptable use of public money.”

NFU chief horticulture and potatoes adviser Chris Hartfield said Defra’s reason given for not implementing the scheme in the UK was “totally flawed”.

“The amount of aid on offer was not sufficient to encourage growers to destroy produce that they would have otherwise sold,” he added.

“Some UK growers, like others in the EU, have had no choice but to destroy produce because there is no longer a buyer and a market for it – the aid package would have simply helped minimise their losses.”

East Yorkshire grower Guy Poskitt, who is one of the largest carrot producers in the country, said: “By deciding not to take up this allocation, ministers have again denied UK producers the opportunity to take up aid which is otherwise being snapped up by our European neighbours.”

Mr Poskitt, NFU horticulture and potatoes board chairman and 2012 Farmers Weekly Farmer of the Year, said the decision “feels like a slap in the face” for UK growers.

“How can we compete against imports when we are consistently facing an uneven playing field?” he added.

The NFU has written to ministers to call for the decision to be reviewed.