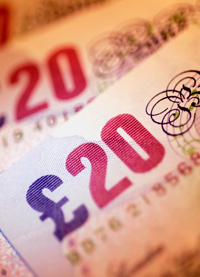 DEFRA has spent more than half a billion pounds on consultants and temporary staff in just one year, including more than £80m on external staff to help the Rural Payments Agency.

More than £80.8m of that was spent on temporary staff and consultants to help the RPA sort out and pay farmers’ single payments.

On top of the bill, DEFRA spent a further £449.3m on “other” professional services, which included implementing a home insulation programme which has since been handed to the Department for Energy and Climate Change.

The Public and Commercial Services Union, which represents DEFRA staff, criticised the figures which were included in DEFRA’s annual report.

‘There’s quite clearly a body of work that needs to be done,” a spokesman told Public Finance.

“A far more cost-effective way would be to employ people on a permanent basis to do that work.’

The spokesman said £47.9m had been spent on temporary staff alone at the RPA, when a number of people had been working at the agency for two or three years.

“Those staff don’t see all of their hourly wage – a proportion of it goes to the recruitment agency,” he said. “You have to ask if this is sensible.”

A DEFRA spokeswoman said consultants and temporary staff were used when the department needed temporary, specialised advice or labour that would not make commercial sense to retain in house.