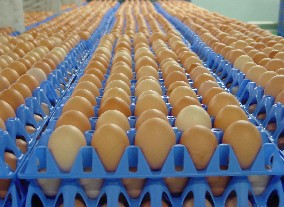 Egg packer Noble Foods has revealed more details about its salmonella insurance, while another insurance broker has launched its own policy aimed at egg producers looking to protect their business from a positive salmonella test result.

New salmonella rules for layers came into force at the beginning of January, which stated any flock testing positive under the National Control Plan for salmonella enteritidis or S. typhimurium would result in the heat treatment of eggs, or birds being sent for slaughter.

Farm insurance brokers Thompson & Richardson, based in Lincoln, has sourced a policy it believes delivers peace of mind at a reasonable cost. It is underwritten within the Lloyds market.

The insurance costs from 5.5p a bird for salmonella and 4.5p a bird for avian flu – less than the cost of an egg. This covers a loss of income for up to 52 weeks, coupled with a percentage of DEFRA testing costs up to an aggregate limit per farm. Cover can be provided for either disease, separately or combined.

Meanwhile, Noble Foods revealed more details of its own scheme, which provides free insurance for its producers, providing they meet certain conditions.

The chief executive at Noble Foods, Peter Thornton, explained: “We expect the incidence of positive flocks to be very low. However, we are aware of the uncertainty and implications surrounding these new regulations for producers, especially in the absence of government compensation for a business suffering as the result of such an outbreak.

Noble Foods’ cover will be available to all its producers, subject to being “salmonella free” and successfully completing a veterinary audit.

Contract producer and Noble poultry director Martin Troop added: “Flocks will be entered into the scheme from 1 January 2009 onwards.

“During the first quarter of 2009, veterinary practices across the country will conduct audits. The costs of these will be borne by Noble Foods. Egg producers will need to pass the audit, and be part of the Lion egg scheme, in order to remain within the insurance scheme.

As the pre-eminent packer of eggs in the UK, 100% dedicated to providing the highest levels of service to our customers, this new scheme is one of a variety of ways that Noble Foods are showing our support for egg producers”.