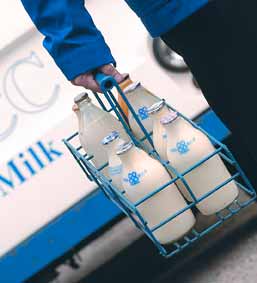 Dairy Farmers of Britain was making money again by the time the receivers were called in in June of this year, but by then the confidence of customers and financial backers had been lost.

Giving evidence to the House of Commons Environment, Food and Rural Affairs Committee in London, former head of liquid milk at DFOB, Gerry Smith, explained that the rationalisation of the co-op had been a “complete success”.

The so called “five-to-three” business plan, designed to take £28m in costs out of the business by closing two dairies and seven depots, had led to considerable efficiencies, helping lift the assets:utilisation ratio.

“In April and May of this year, the liquids part of Dairy Farmers of Britain made a profit of £1.5m. We had radically transformed the business from losing money to making money,” he told the committee. “Unfortunately we’d lost the confidence of our customers.”

Earlier, former chairman of DFOB at the time of its collapse, Lord Granchester, admitted that the board had been “naïve” in its acquisition of Associated Co-operative Creameries from The Co-op in 2004 and agreed that it had paid too much.

At the time there was a lot of pressure mounting for DFOB to get into some form of processing, and ACC was about the only thing available that offered a way into the liquid market.

But there were numerous difficulties. For example, DFOB had to pay £1m for financial advice in order to avoid a £6m tax hit which had been transferred at the last minute to ACC, Lord Granchester explained.

“We then found out that there were a number of contracts which were un-commercial.” It was also naïve to settle for a milk sales contract to The Co-op of just three years. “This was hopelessly too short,” he told the committee.

Mr Smith then revealed that it “took us some time to understand what we had actually purchased”. He had got involved on the liquid side in 2005 – a year after the takeover of “the oldest assets in the dairy industry”. “A black hole was discovered,” he said. “We analysed it and came to the conclusion we’d not made any profit since we’d acquired it.”

Lord Granchester explained that the company did not have the mechanisms in place to monitor the costs of moving milk around the new supply chain. These losses continued for three years, despite taking some £15m in costs out of the business.

The EFRA committee also asked about the timing of calling in the receivers, and the fact that farmers had lost their May milk cheques. Lord Granchester said that, since efforts to convert member loan stock into equity had failed, DFOB was breaking its banking covenants to HSBC.

HSBC had agreed to extend finance until June, to get past the spring flush of milk. But then the credit position took a turn for the worse and DFOB asked the bank to call in the receivers.