We catch up with the Diversification Farmers of the Year, brothers Charlie and Will Moreton from Warwickshire, to find out what they’ve been doing since the awards ceremony in October.

See also: What made Will and Charlie our winners?

What’s new with your business since FW last caught up with you?

We have managed to secure a replacement venue for our Wolf Run events after losing part of our home site to HS2 recently.

The new location is close to the farm so we have an opportunity to create something exciting for our customers while remaining local.

This summer we will be launching a Junior Wolf Run and a health and fitness festival.

Finally, our medical training courses are starting to take shape and we hope to expand on them with our doctors from the Wolf Run events. 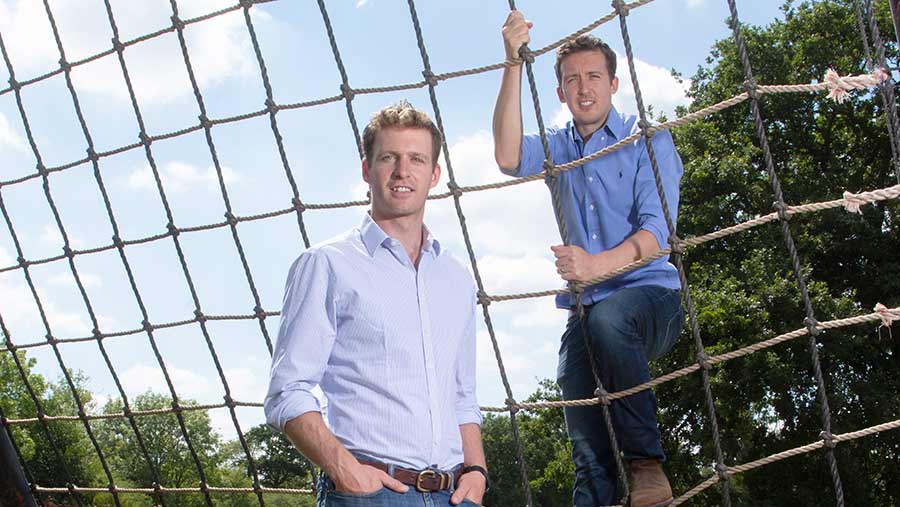 How can agriculture improve its image with the general public?

Having lived in the country and the city, it’s noticeable that agriculture has become a little detached from the general public and the relationship between the supplier and consumer grows ever more distant.

With less than 1.5% of the UK population now involved in agriculture, it’s no surprise it’s become an industry that’s difficult for so many to relate to.

I believe we should start with education. There isn’t enough focus on the importance of food production, its origin and, in particular, nutrition in schools.

What is your ultimate farming goal?

To run the family farm with Will, with other diversification projects and businesses. We have spent many hours discussing how we would do things if we had the money to reinvest in the farm – basically how it would look if we won the Euromillions!

Aside from purchasing modern kit and machinery, we would love to plant more woodland, invest in the farm buildings and diversify into renewable energy.

How different will farming be in 10 years’ time?

I see the next 10 years as a real opportunity for things to change for the better, and farmers can really take advantage of new technology.

The growing sophistication of artificial intelligence will revolutionise agriculture and it will do wonders for the environment.

Climate change is in the headlines a lot – and rightly so. The world has to change its habits, and farming can, and will, be a huge player as the world population races towards a predicted 8.5 billion by 2029 and the demand for more sustainable and environmentally friendly produce increases.

Where have you put your Awards plaque?

In our parents’ kitchen.

I’d raise animal welfare standards even higher to ensure Britain retains its position as a world leader in this respect.

The Farmers Weekly 2019 Diversification Farmer of the Year Award is sponsored by the Camping & Caravanning Club. Enter or nominate now at awards.fwi.co.uk